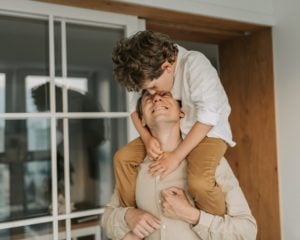 “This study identified that emotional trauma took place in all participants, and this resulted in many having Post-Traumatic Stress Disorder manifestations as a result of returning to school for their own children. Participants still noted anger and resentment as adults towards their childhood teachers…”

In Neil’s study of PTSD or post-traumatic stress disorder in dyslexic adults in the United Kingdom, he found that all experienced emotional trauma in their time in the public school system and over half (64%) experienced PTSD or school avoidance symptoms when re-entering schools as parents, resulting in anxiety with many stating that they felt powerless as a child. PTSD symptoms occurred in the same frequency whether or not adults had achieved advanced degrees.

From the research paper:

“Normally PTSD is caused from short-term abuse or effects of a battlefield, but in the case of dyslexics, it is the result of 10 years of legally enforced mandatory education. The embarrassment and humiliation in the classroom by peers and authoritative figures such as teachers are strong experiences, which stay with people for the rest of their lives. Overall, males experienced the highest frequencies of PTSD with smell followed by small chairs and small pictures equally their triggers to their anxiety.”

See the above link for APA criteria regarding PTSD, but briefly the criteria share a stressful period, flashbacks and intrusive memories, avoidance of traumatic feelings or memories, negative effects on mood, memory, and thinking, and alterations in arousal and reactivity. The last criteria encompassing periods of irritability, hyper-vigilance, and or sleep disturbance.

DYSLEXIA NOT BEING FORMALLY IDENTIFIED CONTRIBUTES TO TRAUMA

Again from the report: “Anger and resentment towards their childhood teacher still registered as adults, along with memories of injustice at the hands of childhood educationalists. Much of this anger was at their lack of diagnosis which meant they suffered for many years as having an undiagnosed learning difficulty.”

This conclusion fits with our clinical experience; students who are formally identified after a period of difficulty in school, often find the “diagnosis” causes relief on the part of the student – with reasons for the struggle and possible ways to help. Despite this, surprising numbers of educational groups oppose efforts at better identification, (for instance the California Teacher Association, stating that such programs are unnecessary and existing programs are sufficient for students.

MOVING PAST THE TRAUMA

Although Neil’s paper doesn’t focus on ways to overcome PTSD symptoms, he does include a case report of one man who became tearful talking about his children’s teachers and his helplessness at getting them help in the early grades. As they got older, though, he became more attuned about how he could have an important role for them in secondary school and ultimately had a leadership position as a parent representative helping make positive changes for all students in special education.

There are many ways to improve coping with PTSD. Talk to your family doctor if working with a professional might help.

The APA has this list of suggested treatments. At the top is cognitive behavioral therapy. 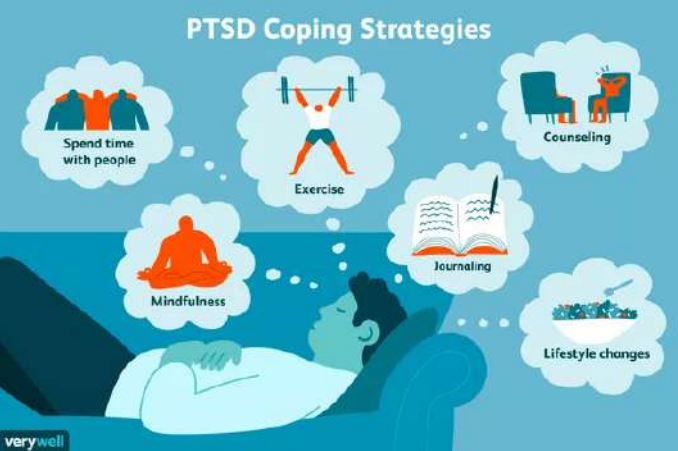 You can read more about PTSD in general at Verywellmind.com