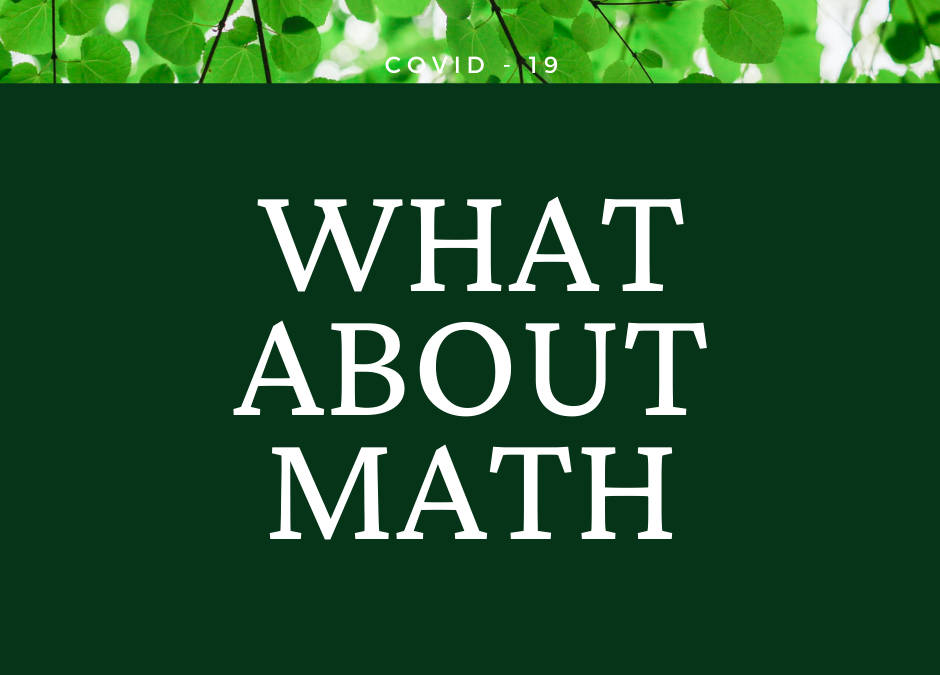 With many states ordering schools to remain shut for the remainder of the school year AND the prospect fall quarter may also be waived, there are certainly going to be gaps in math education. Parents and teachers must try to make as intelligent decisions as they can in the midst of these worries and uncertainties.

Math is a gateway to higher education – in its requirements for college as well as for technology, engineering, math and science careers. Math is also incremental, building on itself, so that gaps – as a result of the pandemic – can set students back in ways that may make it difficult to catch up. A study by the NWEA has warned that school disruptions could result in students losing up to a year of educational growth, especially in math.

So what are students to do?

Before explaining what I would recommend for math, I first would like to say that perhaps in no greater subject is there such a wide disconnect between what a student needs to know for math and how it is taught.

For the typical dyslexic student who finds math challenging, math becomes a blur of symbols, problem sets that are impossible to finish, algorithms and procedures that they don’t understand.

If you are looking at trying to keep or even advance your student’s understanding in math in the midst of the pandemic, it IS possible.

For dyslexic students, it’s especially important to help students understand the WHY and not just memorize steps or procedures. Math mastery may seem daunting when there are so many other things to work on and now the schools are in disarray. In actuality, there is not so much that has to be learned if you focus on the end goals. Dyslexics individuals in general excel at reasoning, logic, and problem solving, so it is not surprising that many can do well at mathematics if they are taught in a way that builds on their strengths and anticipates their difficulties.

On a personal note, my son and I have struggled to a certain extent with dyscalculia. I still count on my fingers and will muddle some multiplication math facts if I’m asked to respond quickly.

Our son struggled a great deal until he mastered basic math facts and saw his working memory expand in his teen years. Even as a 1st grader, though, he could reason algebraically with Hands On Equations of the type seen in the video on the opposite page.

Until his working memory expanded, it seemed as if we could show very little progress with math. Because of dysgraphia and lack of writing automaticity, he would get lost in his problem solving, and really only fared better with talking through problems (a few at a time), later moving onto a now ancient math software called Math Pad from Intellitools. This level of working and progression was so slow and effortful that he couldn’t keep up with any sort of traditional math class – whether online or in-person. There were even some years – probably in late elementary when it seemed that we did very little math – or spent time reviewing concepts because he had slipped backwards so much.

The point of me sharing the story is that for many students, math progress can look non-existent…even for years until all the cognitive skills finally meet a certain threshold and BAM! It sort of comes together.

So although the article cited at beginning of this one is typical of the type to cause parents and students to doubt themselves, what I have seen personally both in our own family and in the many families we got to know a little bit about in our clinic, the ultimate prognosis is good – don’t panic – things will come together when the time is right.

I will tell you honestly, that there were many years when our son languished in his math skills to the point we thought it might prevent him from ever attending college…but progress is VERY NON-LINEAR. You cannot look at 8th grade and assume what things will look like in 9th.

Another important thing I learned from our son’s math journey came from an unlikely source, an old game show called the $64,000 question. A TV psychologist became famous for winning the question. 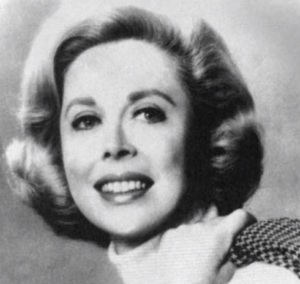 Dr. Joyce Brothers, a psychologist, decided she wanted to win the top prize of $64,000. She studied people who were chosen as contestants on the show and realized that she could win if she became the master of trivia of a limited area of knowledge. She ultimately chose the field of boxing, because she thought the show would like an unusual area of expertise for a woman, and set herself to learning everything she could about boxing. Needless to say, her strategy worked brilliantly and she became a a famous TV personality. It was only quite a bit later that she revealed she had no interest in boxing.

How does this story apply to math? There’s not as much math that one needs to know if the goal is mainly to do well or well enough on college entrance exams. If I were to put all the math textbooks from 7th grade through 12th on a shelf, that would be a lot of math…actually an impossible amount of math for our son to work through and learn. But what he wanted to do was what I had actually done – is take his last math class ever in high school. For me it was Calculus, but for him it was Algebra – but he achieved what he set out to do at the beginning…not have math limit what he wanted to study in higher education.

In our son’s case, he did work through ALEKS, that I mentioned in our last newsletter, but also a few months before he was supposed to take the SAT, we bought the College Board book of something like five actual SAT tests (old ones), and he ended up taking the same test over and over… self-correcting his scores with the answer key and then checking with his dad if he could figure out how to arrive at the answer. Our goal was much simpler than learning all that was presented in math textbooks. If you realize that this is your goal, then you should also realize you shouldn’t worry. About a week before the test, he would try taking the same math section every day – sometimes getting only 20% right, then sometimes getting 80% right. The process made him more conscious of his recurring errors. Because every test had the same assortment of different questions, he even didn’t have to try different tests – they were all essentially the same.

He was able to score high enough to make the top quartile on math and as was his desire, never have to take math again. When we look back, we look at all of the wasted energy worrying and dreading. Training for a high stakes test was much easier than keeping up with the homework and tests traditional classes demand. So should you worry?

No, but focus your efforts. One of the truths about dyslexia is that development is always happening for young people and designing an individual path is almost always better than an off-the-rack one.