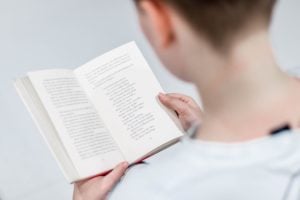 If dyslexic students are struggling to decode words, a program of intensive structured literacy will help – but help with phonological awareness may not be sufficient to help them become fluent readers.

Because reading fluency, or the ability to read with “speed, accuracy, and proper expression” is also influenced by other factors such as rapid naming.

“most adolescents (with dyslexia) were classified as either naming speed only (about a third of the group) or double deficit when defining impairment using performance thresholds to classify groups.

This may suggest that although early phonological deficits are amenable to remediation, identification of language symbols fails to become automatized in most individuals with dyslexia and may require more targeted intervention.”

Their results warned about potential errors of dyslexia identification when using simple phonological tests like the CTOPP alone:

“In our sample, over half of students demonstrated intact phonological awareness by the CTOPP, but deficient naming speed performed below the 16th percentile on WIAT Pseudo-word Decoding…

Similarly, just over a third of those with no deficit in CTOPP rapid naming skill, performed below the 16th percentile on a separate reading fluency task (Fernette: indicating the CTOPP is not a sensitive test in adolescent students!).

More importantly, a large percent of the students deemed to have “no deficit” using the CTOPP 16th percentile cut score were impaired in one or more academic or processing tasks, and many more had skills that were between the 16th and 25th percentiles. In other words, adolescents who would not be classified as dyslexic using either deficit model were still found to be impaired on many reading-related tasks. Hence, use of only one test to classify children as dyslexic does not accurately capture the functional impairments they experience in real- world learning activities.”

In fact, the double deficit group in this study also performed significantly lower than the neurotypical group on “Coding, Processing, Speed, Word Reading, Numerical Operations, TOWRE subtests, Reading Fluency, and Oral Reading.” For professionals who regularly perform comprehensive dyslexia testing, these results would not be a surprise – but again alarm bells should ring about advocacy groups and school districts who believe that CTOPP or DIBELS tests are sufficient to identify and determine appropriate educational recommendations for students with dyslexia.

Dyslexia specialists properly should understand the comprehensive needs of students with dyslexia – and that includes rapid automatic naming, and oral fluency, but also impacts on activities such as writing, processing speed, math, memory, and foreign language learning.

Some of the helpful take-home points of this paper and its review of the literature is that it might help professionals recognize why certain phonological- only screeners overlook many dyslexic students (especially older ones) and why significant numbers of students may adequately complete their phonological remediation, but still struggle to become fluent readers.

Mixed in with many of these studies are students who are more of the “stealth variety” – for instance, those who may be intellectually gifted, “memorize” words to the level that they can read silently with strong comprehension, but actually be quite weak in the area of nonsense word reading (words they could not memorize, so their weaknesses in phonological awareness can be seen).

The students with naming speed deficits with stronger verbal reasoning abilities may disproportionately make up this subset of students; these students may be especially frustrated with conventional tasks in school because their advanced intellect has their minds racing ahead, while retrieving words may be slower and more effortful, leading to a painful gap between knowledge and expression.

What is true, is whichever pattern of dyslexic strengths and challenges a particular student may have, the better school programs should be chosen to optimize a learning program. Dyslexia is much more than decoding.

Decoding is important – especially in the early years when students are trying to make progress learning how to read; but if we really want to help students reach the full extent of their potential, it is essential that decoding is recognized only as a first step.