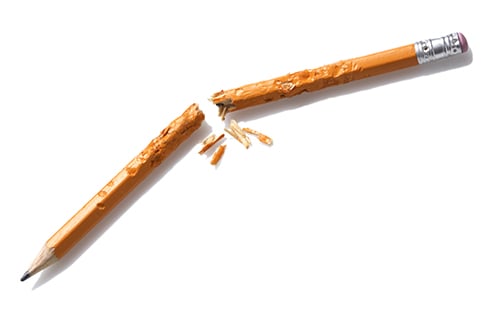 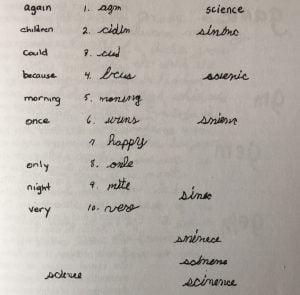 From this book from Nancy Mather and colleagues, a 5th grader was shown a word from her adapted spelling list, then asked to write it from memory. Needless to say, the exercise was quite frustrating for the student.

From the authors: “Her teacher next showed Nalan the word science, then covered the word, and had Nalan attempt to write it. Because the word was incorrect, she showed Nalan the word seven more times. Finally, Nalan was getting frustrated so her teacher asked her to just copy the word, which appeared in the bottom left corner. Nalan looked up at the science five times as she was attempting to reproduce it correctly.”

For many of you, this situation will seem all to familiar.

If you have weak eideitic or visual snapshot memory for words, then the idea that looking at a word once than copying will seem impossible. Children or adults with this challenge should realize that they are in good company. William James, an artist, philosopher, and founding father ofthe field of psychology, said this about his memory for spelled words: “I am, myself, a very poor visualizer and find that I can seldm call to mind even a single letter of the alphabet in purely retinal terms. I must trace the letter by running my mental eye over its contour in order that the image of it shall leave any distinctness at all.”

Rather than give a list of unrelated words, her teacher should group similarly spelled words and use color coding to visual break down words into simpler parts. For example: sci en ce. How many letters are in science? 7. Tap them out and spell the word letter-by-letter. How many are in red? green? blue? Can you circle the ‘sci’ in words like scientific, scissors, scientist, science, and fascinate?

Practice such is a more efficient way to learn than having a student try a misspell a word several different ways.