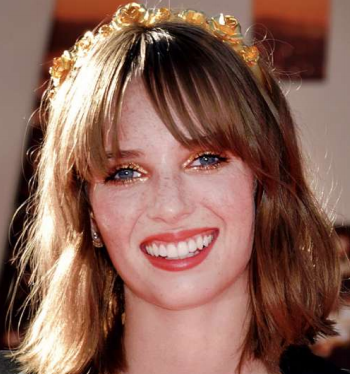 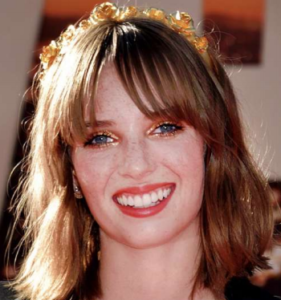 Maya was recently interviewed by Scott Simon for NPR and we loved that she pushed back on the phrase “suffer with dyslexia”:

“SIMON: I have read that your – that you suffer from dyslexia.

HAWKE: I wouldn’t say suffer. I would say it is, like, one of the great blessings of my life in a lot of ways.

But I did get, like, kicked out of school for not being able to read when I was a kid. And I went to a special school for kids with learning disabilities. And it took me a long time to learn how to read, and I still am limited. But the wonderful thing about today’s world is that there are so many options. There’s something about having had a limitation in regards to my ability to produce and take in stories that made me even more determined to love them and understand them and grow in them.

I mean, like, that said, it was deeply difficult, you know, to be in the slow class. Every grade that went by, you get dropped down into a lower and lower reading group. And other kids find out. And there’s bullying in place. But my parents did a wonderful job of encouraging me to be creative.”

Maya is the multi-talented daughter of Uma Thurman and Ethan Hawke. With that lineage (playwright Tennessee Williams is also in her family tree), it’s not surprising that she is a gifted storyteller, whether acting as Jo March in Little Women, Robin in Stranger Things, or composing and performing songs for “Blush” like “By Myself” or “Coverage”.

Maya had a difficult early school life, being switched in and out of schools. Apparently she found her niche at Saint Ann’s School in Brooklyn which emphasized artistic creativity and did not grade work. It was there that she became interested in acting. Maya spent the summer at the Royal Academy of Dramatic Arts in London and attended the prestigious performance art college Julliard for a year, but she dropped out when she had the chance to play the role of Jo in Little Women (see below).

Maya recently released her debut album Blush based on her early years. In her NPR interview she reflected on how her first single “By Myself” came out during the pandemic when everyone was just learning how to be by themselves. But rather than the song really about being alone, she said the song was about “that kind of loneliness that you feel when you’re surrounded by people.”

The video below was directed by her dad, Ethan Hawke. The song’s name is Coverage, and it’s about acting on a set. The title of the album comes from a word in the song, but Maya confesses that Blush comes from “embarrassment.”

“Most people wouldn’t describe me as a particularly shameful or shy person. But I actually walk through my life feeling tremendously embarrassed most of the time – that I talked too loud at a party or said something stupid or, you know, whatever it is. So that’s part of what it means. And the other part of what it means is that blush is simultaneously a revealing thing. Like, when you blush, you’re revealing something about yourself, something personal. And it’s also a mask, like if you put on blush or makeup. It’s a mask. It hides your face, your
feelings.”

How’s that for the dyslexic strength of metaphorical thinking!

Lyrics to Coverage are HERE. Congrats Maya! What a talented young woman!