“My mother was partially dyslexic, and she had terrible trouble spelling. This got her into trouble as she was obviously highly intelligent, so teachers thought she was naughty and lazy. I think when she did mathematics, she had none of these problems, which is why it appealed to her so much.”

The BBC has a documentary out about the remarkable contributions of Hazel Hill to Britain’s success against Nazi Germany in the air.

Although Hazel passed away at the age of 90 a decade ago, her children and grandchildren are thrilled that she’s being honored by the Royal Air Force and BBC for her contributions to the war effort.

What was Hazel’s contribution? Her calculations (along with her dad’s) were critical in his pitch to mount 8 guns on the British Spitfires and Hurricanes instead of four.

The Brits were in a dilemma: how best to design a light and maneuverable aircraft that could also take down the powerful planes of the Luftwaffe? The Royal Airforce was outnumbered 3:1!

The calculations demanded the generation of complex scenarios, multiple factors, and divergent designs – an ideal scenario for dyslexic minds! In 1934, the RAF knew it didn’t have much time to commit to a design and complete their aircraft before a potential attack by Hitler’s planes.

Fred Hill had received his first commission in the Navy in 1916 after he had volunteered for the reserves and was soon recognized for his expertise in Physics, Mathematics, Chemistry, and Engineering. He later became an Experimental Officer specializing in aircraft gunnery and his talents were soon widely recognized in diverse projects, including the design of weapons. In 1934 he was working flat out on designing the gun sights that would be fitted to the new planes (these sights were later used in World War 2 by the US Navy too).

However, Fred had a hunch that at the increased speeds the new fighters would fly, even 4 of the new machine guns would not be enough. He was asked by his boss, C.H. Keith, to provide hard evidence to back up this hunch and to produce it quickly as contracts for production of the new fighters were just about to be awarded.

He called on his daughter to help him because there was no way that he could complete the calculations by himself in time. In June and July 1934 they worked long into the nights to complete the calculations based on firing trials and predictions, and their results were critical for deciding on a final design that grouped eight guns in the wings. With that design only, could they have guns that could produce an on target density of fire of 256 bullets in 2 seconds that a pilot would need to take down a German bomber.

I wanted to share this story, because had Hazel’s father only seen her weaknesses, including all of her simple spelling mistakes, he never would have chosen her to help him in his important work that ultimately saved free Britain!

Hazel grew up to be a physician in the National Health Service. Her activities seemed to be as broad as her fathers, a general practitioner taking care of soldiers, then child health clinic director, and finally psychiatrist who published research into school phobia, anorexia, and autism.

I had the chance to talk with Hazel’s son, Robin Baker, this past week and was able to get more details about her interests and abilities as well as sense for what life in her family was like.

Hazel was apparently a tomboy who was known to get in trouble at school for activities like “climbing trees.” Her dyslexia seemed more of the “stealth” type, affecting spelling and writing more than reading. Robin told me of a letter from his grandfather who mentioned his mother’s use of the word “incubus” instead of “abacus.”

I spoke to Robin about dyslexic MIND strengths, and it sure seemed as if Hazel might have had all 4. In terms of material reasoning, Hazel was very much a “doer”. I asked if something needed to be fixed around the house whether she would do it herself or ask her husband, and he said Hazel would likely do things herself. She was also an avid interior decorator and painter who also sewed her children’s clothing (Hazel had 4 boys!).

I’m assuming that she had plenty of Interconnected Reasoning strengths because of the diverse areas where she found career success: statistical analysis, tending wounded soldiers from Dunkirk, becoming a founding member of the Royal College of Psychologists, becoming a pioneer in the field of family therapy, with interests in school phobia, autism, and anorexia. When she was over 80, she set up a program helping disadvantaged mothers and their children with parenting skills as well as helping them get into work and advance their careers. Other details I gleaned from Robin included her love of storytelling and history in general (she could tell stories with great “verve”), and her strengths in understanding and working with people. 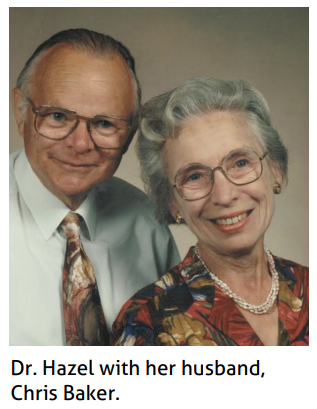 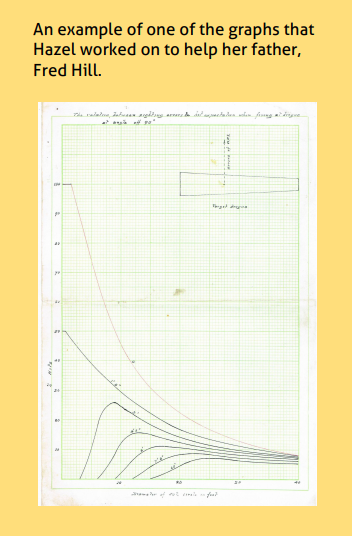 “You can work with your strengths…”

Hazel also had plenty of Dynamic Reasoning strengths with all of her career pivots as she completed her training during the war, navigated through fairly dramatic changes in her practice, and managed to raise her four boys while creating new models of working with children and parents that could help families in distress on multiple levels. We thank Hazel’s family for sharing more wonderful details of Hazel’s life. Never underestimate the powers of dyslexic minds!

Read more about Hazel HERE. For those in the UK, watch the BBC show!