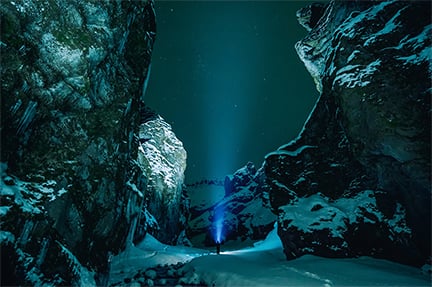 Photo from Unsplash by Jonatan Pie

In a recent issue of the journal, Dyslexia, there’s an interesting little paper entitled The Effect of Landscape Photograph Type on Aesthetic Judgements, Attention, and Memory of Children with Dyslexia.

Interestingly, “both groups recognized all photograph types at a high rate after the short retention interval, but after the long interval, the children with dyslexia had better memory, especially for combined (natural and man-made objects) photographs.” The researchers also cited findings from an earlier study by another group (Wang et al., 2013) that found that dyslexic students tended to pay closer attention to “unique visual stimuli (e.g. the shape of a hand, compared with the shape of a circle). Specifically they found that the children with dyslexia showed significant efficiency for selective attention for the more interesting and unique elements of the visual stimuli.”

This finding brings to mind what dyslexic scientist Dr. Matthew Schneps mentioned in his Scientific American article, The Advantages of Dyslexia:

“The dyslexic scientist Christopher Tonkin described to me his sense of this as a sensitivity to “things out of place.” He’s easily bothered by the weeds among the flowers in his garden, and he felt that this sensitivity for visual anomalies was something he built on in his career as a professional scientist….

In one study, we (Dr. Schneps and his colleagues) tested professional astrophysicists with and without dyslexia for their abilities to spot the simulated graphical signature in a spectrum characteristic of a black hole. The scientists with dyslexia —perhaps sensitive to the weeds among the flowers— were better at picking out the black holes from the noise, an advantage useful in their careers.

Another study in our laboratory compared the abilities of college students with and without dyslexia for memorizing blurry-looking images resembling x-rays. Again, those with dyslexia showed an advantage, an advantage in that can be useful in science or medicine. ”

Another paper that came to mind involved recognition memory in adults compared to children. When young children (average age 5 years) and college age adults were shown different pictures of cats, young children outperformed the adults 4-fold because they looked more carefully at individual differences in the cats they had seen.

It’s differences and strengths such as these that underscore the value that dyslexic people can bring to teams; they can notice things that others don’t see and view problems and solutions from different perspectives.