We don’t spend enough time thinking about how much working memory overload could be impact in learning. In math, the issue is especially dire. 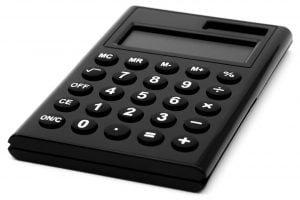 In the early grades, working memory overload can occur when basic math facts can’t be learned to the point of automaticity.

If students are losing their place in a problem, then allowing them to use a calculator while working in more demanding multi-stepped problems will allow knowledge to progress, rather than holding back students due to their slowness at math facts retrieval.

Math facts can still be worked on separately with strategies like mnemonics, but the point is to not limit more advanced learning because math facts are not yet automatic. We know of technical professionals today who still don’t have their math facts learned to the point of automaticity; the point is not to keep advanced topics in Algebra, Calculus, or even higher math from them – they should be allowed to use a calculator when the object of a test question isn’t simply to determine their knowledge of math facts.

ACCOMMODATIONS FOR ‘SHOW YOUR WORK’

There are some teachers who think that rebranding “Show Your Work” might make more students accept it – but they miss the point when it comes to students who have limited working memory reserves. Many dyslexic students fall in this category – but other students have limitations in working memory as well.

“Once a particular word problem has been translated into a mathematical representation, the entirety of its mathematically relevant content is condensed onto abstract symbols, freeing working memory and unleashing the power of pure mathematics. That is, information and procedures that have been become automatic frees up working memory. With working memory less burdened, the student can focus on solving the problem at hand. Thus, requiring explanations beyond the mathematics itself distracts and diverts students away from the convenience and power of abstraction. Mandatory demonstrations of “mathematical understanding,” in other words, can impede the “doing” of actual mathematics.”

With the Common Core emphasis on “show your work”, there is a significant danger of disproportionately disadvantaging dyslexic students students with ADD / ADHD, and others with working memory limitations in the area of math.

In the example given by Beals and Garelick, a problem such as:

A coat has been reduced by 20 percent to sell for $160. What was the original price of the coat?

Student answers are not marked correct if they simply provide the explanation:

Common Core proponents may demand that students to write something like the following for a “correct answer”. 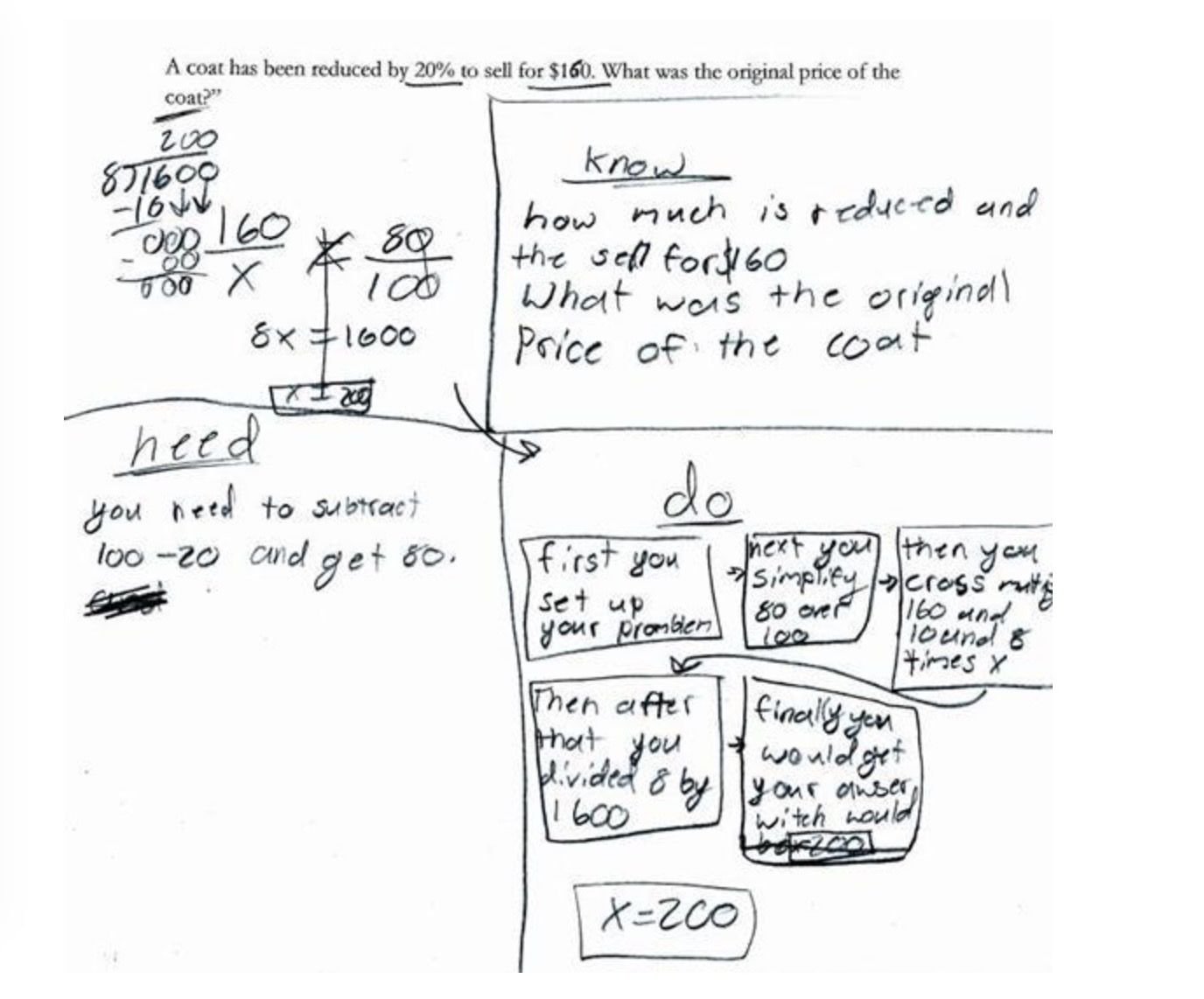 The problem with this requirement is that its excessive demands on writing and working memory can cause many a student to fail although their understanding of all aspects of the math is intact.

Dyslexic, dysgraphic, and dyscalculic students should be aware that accommodations may be important to request for math work, and lengthy proofs such as the ones described above be modified, accommodated, or eliminated.

From Beals and Garelick again, “The idea that students who do not demonstrate their strategies in words and pictures or by multiple methods don’t understand the underlying concepts is particularly problematic for certain vulnerable types of students. Consider students whose verbal skills lag far behind their mathematical skills—non-native English speakers or students with specific language delays or language disorders, for example. These groups include children who can easily do math in their heads and solve complex problems, but often will be unable to explain—whether orally or in written words—how they arrived at their answers.”