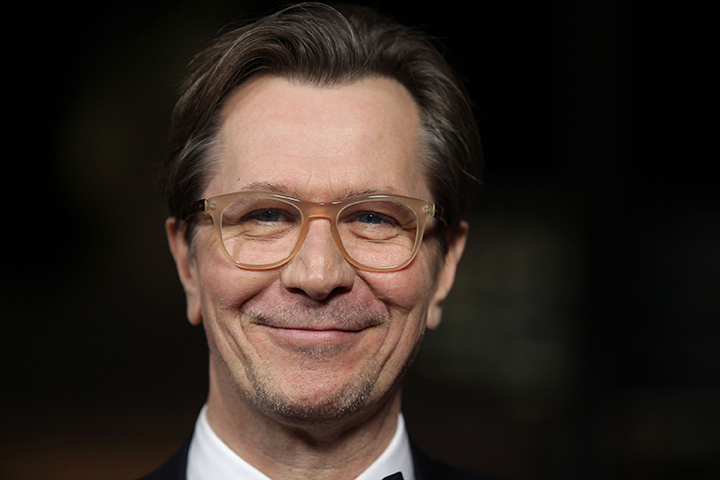 Look at Gary Oldman’s transformation into Winston Churchill below.

Apparently, Gary only agreed to take the role if he could coax Kazuhiro Tsuji out of retirement from Hollywood. A side story is that Kazuhiro studied with Hollywood Monster Maker Rick Baker who is dyslexic himself as well as a 7-time Academy Award winner. In order to morph into Winston Churchill, he apparently had to step into a body suit like a corset as well as submit to over 3 hours of hair and makeup.

For anyone who saw his performance, it’s easy to see that his Best Actor Oscar was well-deserved.

In fact, many people believe that Gary Oldman is among the greatest actors of all time.

At Debate.org, 86% say yes. The breadth of his roles is truly remarkable. Could you guess that all of the people at right are Gary Oldman?

Check out Joe Wright’s interview above from the Hollywood Reporter. He talks about how film is the best way he expresses himself and how every character in his movies in some way expresses himself as well. It is interesting too how he also worked with Gary to direct him with what he called the rhythm of the movie. For him, film is like music and he sees his role as conductor.

“If you’re dyslexic at school and it’s not diagnosed, as it wasn’t with me, you get called stupid a lot and so I guess I’m always feeling like I’m stupid and at the same time I want to prove that I’m not,” he says…“I think my dyslexia was a vital part of my development because my inability to read and write meant that I had to find knowledge elsewhere so I looked to the cinema,” he says. “There I found patterns that made sense to me, unlike the written word, where the patterns made no sense whatever.” Wright, 38, exudes self-confidence yet he occasionally speaks hesitantly, choosing his words carefully. “I’m still trying to catch up and I think it’s one of the reasons why I often make literary adaptations, because it’s an opportunity for me to learn, and I see my career as a continuation of my education.” – Joe Wright