Q: Can I Join the Military if I Have Dyslexia? Do Accommodations and the ADA Apply to the ASVAB ? 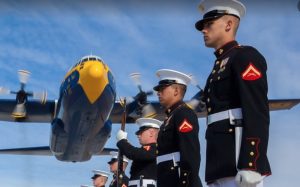 This question comes up often. Many people know that accomplished military dyslexic people (General George Patton, Commander Joseph Hoar [Commander in Chief of US Central Command], among others)  have served their country in all branches of the military – including Army, Navy, Marines, Air Force, and Coast Guard, however, there may seem to be conflicting regulations and hurdles (like the ASVAB) that can present obstacles for applicants with dyslexia.

Because of the high incidence of unrecognized- dyslexia though, many people over the years never declared because they did not know that were dyslexic at the time they joined.  Today’s guidelines are very specific regarding dyslexia. Successful candidates must prove they can qualify without accommodations or medication.

Here are the current regulations as we know them (if any of you know updated information, please let us know):

a. Attention Deficit Disorder / Attention Deficit Hyperactivity Disorder (314) or Perceptual / Learning Disorder(s) (315) does not meet the standard, unless applicant can demonstrate passing academic performance and there has been no use of medication(s) in the previous 12 months.

b. Current or history of academic skills or perceptual defects (315) secondary to organic or functional mental disorders, including, but not limited to dyslexia, that interfere with school or employment, are disqualifying. Applicants demonstrating passing academic and employment performance without utilization or recommendation of academic and/or work accommodations at any time in the previous 12 months may be qualified.

What Can You Do?

The rationale for excluding individuals with severe dyslexia is that in combat or other quick-response situations, personnel need quick response times.  Talk to your recruiter for details.

– You will probably need to pass the ASVAB without accommodations in order to enlist.

– Passing the GED + 15 college credits may be substituted for a high school diploma. It may be possible to use CLEP / DSST scores for college credits (again, talk to your recruiter).

The ASVAB test is set to be at about the 10th grade level and the minimum ASVAB scores do not have to be high to enter (lowest 31% for Army and National Guard; highest 40% for Coast Guard). We recommend that all students with dyslexia prepare for the exam.

If you have already been disqualified, the contact the name of the person on the disqualifying letter about an appeal. Expect that you will need to submit additional evidence in support of the appeal.

Finally, for some encouragement:

“As an encouraging word to people who are wanting to enlist- My husband is
34, and has been in the military since he was 19. He was a LD student all of
his life. He even graduated from an alternative school because back then
schools didn’t deal with LD kids very well. He entered the Marines at 18 and
then Army at 23. He is a senior NCO, leads others, and is even an
instructor. So it CAN be done if they are willing to give the time and
energy necessary.”

We noticed you're visiting from Canada. We've updated our prices to Canadian dollar for your shopping convenience. Use United States (US) dollar instead. Dismiss