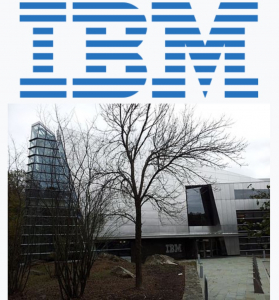 “While my father was achieving phenomenal success at IBM, I barely made it through high school. It took me three schools and six years before I finally graduated at 19.… He knew I was drifting, but never gave up.”
– Thomas Watson Jr, President of IBM, President Medal of Freedom Winner, US Ambassador to the Soviet Union, and 100 most influential people of the 20th century

Forbes has a nice article out this past week on Thomas Watson Jr. who powered IBM back to the top of the tech world.

Watson was an intrapreneur, powering innovation from within his  company.

A Watson quote: “Don’t let anyone talk you into being a safe company man.”

Although struggled with reading and drifted through his schooling, his father helped him get into Brown University. He tried working as a salesman after graduating, but eventually gave the job up. When World War II broke out, he joined the Air Force as a pilot and found a confidence and an area of success. When flying a General around, a chance statement by that general suggesting that he should return and take over his father’s business (IBM), led him to just that after the war ended.