Precis Writing … or when less is more

“English A was ‘a disaster and French was like medieval torture. To sit down with a blank piece of paper and write was the most traumatic thing that had ever faced me in life. I had ideas in my head, but I could not get the stuff down. It was a crushing time.” – Charles Schwab 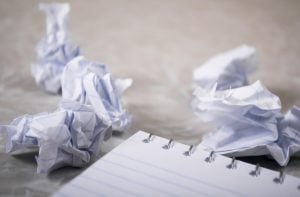 “It will be particularly helpful if they give themselves practice in precis writing, paraphrasing, and note-taking. If one has to write a precis one is forced not only to think out carefully what are the key ideas in a particular passage but also to express them concisely, accurately, and clearly. Paraphrasing makes similar demands and also forces one to consider the style of the original and to be critical of one’s own attempts to represent what has been said.” – Dyslexia at College, Tim Miles and Dorothy Gilroy.

Most people who have observed the frustrations of dysgraphia first-hand in the context of dyslexia know that the problem is not having enough to say, but rather the other way round – having too many thoughts to put down on paper.

There are many reasons that writing by hand is difficult for nearly all dyslexic writers, but what is surprising is how little precis writing gets suggested when students fail to get much down on paper.

Some of the challenge may be due to the interconnected thinking style and diffused attention of many creative thinkers. If too many ideas appear at once, then little may get down on paper.

Precis writing is often neglected, but it can do a lot for every step of a writer’s development. In the early years, it allows students to focus on the basics of writing at the sentence level. In the older grades, it gives students practice at focus on essential points and key words which may be necessary as the sheer quantity of information increases dramatically.

When we spoke to environmental attorney David Schoenbrod (his efforts helped eliminate lead from gasoline), he told us how a pivotal experience early in law school helped him understand the value of concise targeted writing. On an exam question about a business luring in customers with the false promise of heavily discounted TVs, he wrote two pages in his exam book, but then looked around to see his fellow classmates still writing like mad. He had finished in about 75 minutes, but there was still 45 minutes to go. As a result, he tried to amplify and put in all sorts of extra observations. When he got his grade back of a C+, he asked his professor if he could seen an example of an A paper. To his surprise, it was short and to the point – and had what he thought was “obvious stuff.” His prof then looked over his original exam essay. ” He read the first two pages – “This is just terrific!” but then he turned the page. “What’s this?…You’d have been better off if you had stopped at two pages.”

What David learned is that more is not better.

Precis writing can be surprisingly hard to find in many traditional curricula, but it teaches organization and simplication and can even help college students as they focus on reading for specific purposes.

We’ll include more resources about precis writing in our next Premium issue, but here is one nice overview. Precis writing has many other beneficial effects including targeted reading and course review, note taking, and speaking.