How Not To Give Up On Learning A Second Language [Premium] 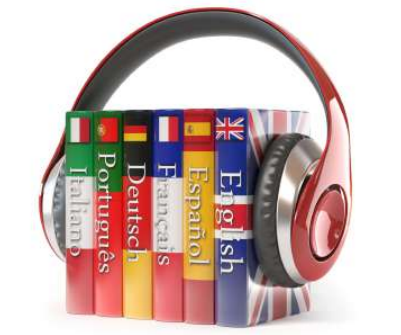 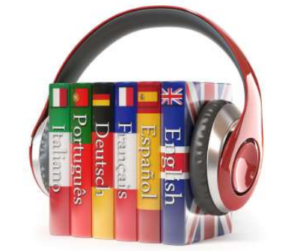 Learning second languages are difficult for many dyslexic students; foreign language waivers or substitutions are common, but in spite of this, many can learn other languages and even multiple languages if the goal is conversation.

Writing and spelling second and third language can be more difficult, but also possible for many people. Students may be more successful if they able to study over a longer time and if they have learned more about the structure of language in their native tongue.

In the video below, listen to 4 Hour Work Week guru Tim Ferriss (yes, he’s dyslexic) talk about how he learned to be able to converse in many foreign languages.

The type of learning described, won’t necessarily make you a master of languages on exams in a short time, but it can help you become a lifelong speaker of multiple languages and someone who is able to converse with many people in their native languages – which is a pretty exciting thing in itself once we are all able to travel again.

Both Tim and his podcast host Benny Lewis failed at learning a second language when they were younger. For Tim, it was Spanish in high school (supposedly one of the easiest languages for dyslexic speakers), and neither were able to pick up language by living in another country for 6 months.

Tim’s breakthrough language was Japanese when he was an exchange student. He credits comic books and judo books at helping him master Japanese. That, and a teacher who had a sense of humor in letting his students know that he still struggled with pronouncing certain words, like “squirrel” which seems impossibly hard if you’re a native Japanese speaker.

After learning Japanese, Tim went on to learn Chinese, then German, then finally revisited Spanish, and learned it was much easier than he thought at the time. He also briefly alludes to the emotional burden that he experienced when he was first trying, then failing to learn a foreign language.

By the time he returned to Spanish, he had a much greater understanding of the structure of language and in brilliant dyslexic fashion, he worked to reverse engineer the process of making sentences in nine languages.

One principal in his approach to learning is the MED or minimal effective dose, basically, what is the least I can do to learn a language (or other things)? So in his kickstarting 9 languages below, he suggests first learning how a particular language structures model sentences…like “The apple is red.” or “It is John’s apple.”

Rather than endless guessing how to say something by just “immersion”, the structure of sentences is taught from the beginning…what a great idea!

As Tim noted, some languages might use subject-verb-object like English and Chinese (“I eat the apple), while others, subject object-verb like Japanese (“I the apple eat.”), and so on.

While Tim admits that he’s not necessarily becoming a master of all languages with this approach, the process of learning becomes much more manageable… whether you’re dyslexic or not.

Anyway, Tim carries this “no-nonsense” minimalist approach to learning foreign languages and shares all the additional helps he’s found along the way.

For vocabulary, rather than learning words in a scripted dialogue, he suggests first learning the most common spoken words in a particular language. To learn more about this approach click HERE. This can also be a great quarantine activity if you’re still quarantined. Our family has been learning Norwegian together because of family heritage. I learned Spanish in school and had many false starts trying to learn Chinese, but with what I know about foreign languages (and false starts), I think I’ll be more successful when I try again.

For vocabulary, Tim recommends a flash card option like Quizlet or Anki as well as mnemonic sites like Memrise. For dyslexics, in general, multimodal learning through different routes can have greater than additive effects. So, reading bilingual books, comic books in a foreign languages, and kids shows in a foreign language can also supplement your education.

Tim also mentions Italki, which has become a popular option in our house. It’s possible to hire a native speaker for 1/2 hour one-on-one video lessons online. With a favorable exchange rate, that might translate into $5-15 per session. Most teachers have introduction videos which allow you to hear their voices and accents (if any) and reviews to help you make informed decisions.

Many teachers offer short trial lessons which may be free or at a discounted price.

Language learning often becomes much easier and much more enjoyable when it’s not learned in the pressure of a classroom, but rather for one’s own interest and enjoyment.

Learning other languages also has many benefits like improving memory and an ability to multi-task. Talking with people from other cultures and parts of the world can also open up your life in different ways!