Q: How Can My Student Be Tested for Dyscalculia ? 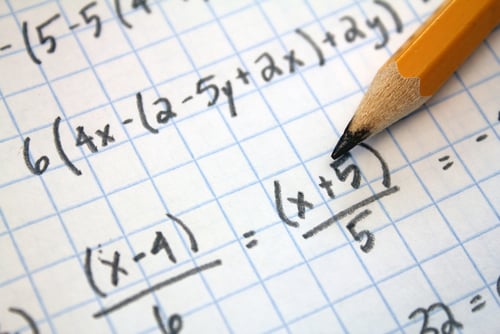 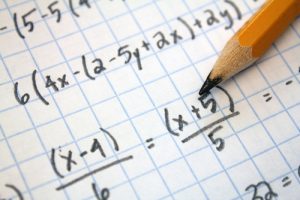 The last decade has seen a great advance in the biological understanding of dyscalculia, or math disability. The DSM V groups a specific learning disorder in math (315.1) under Specific Learning Disability along with impairment in reading (315.000) and impairment in written expression (315.2). The NIH defines dyscalculia as a condition contributes to “difficulty understanding arithmetic concepts and doing such tasks as addition, multiplication, and measuring.”

It is important to identify dyscalculia, because an unrecognized LD can contribute to cycles of academic underachievement, secondary behavioral and emotional issues, and obstacles to further academic or workplace advancement. With the recent addition of high-stakes exams like the calculator-free section of the new SAT, it is even more critical that students with dyscalculia be identified.

The DSM V definition includes the adjective “persisting” to mean that the student will have difficulty catching up with classmates with a key feature of being “well below average for age” or average performance sustainable only through “extraordinarily high levels of support”. A criterion of -1.5 S.D. below age norms or a Standard Score of 78 is identified as providing the greatest diagnostic certainty, but DSM-5 indicates clinical judgment may be used to identify specific learning disabilities in the range of -1.0 to -2.5 S.D. below the mean for age when there is other converging evidence from clinical assessment, academic history or school reports, or test scores. The math LD should be “readily apparent” in the early grades, however they also state that difficulties may not appear until later grades due to increased learning demands. Typical problems listed by the DSM-V include number sense, memorization of arithmetic facts, accurate and fluent calculation, and accurate math reasoning.

For college-bound students, The College Board list of “Common Diagnostic Tests” for Mathematics includes the Woodcock Johnson Tests of Achievement (general and extended batteries including fluency measures), Scholastic Abilities Tests for Adults, Wechsler Individual Achievement Tests, Test of Written Language, and Kaufman Test of Educational Achievement. The Wechsler tests (WIAT-III) have subtests that distinguish math reasoning and basic math facts fluency – which we find especially helpful in our dyslexic population. It is not uncommon, for instance to have students perform well on tests of math reasoning or problem solving, but struggle with timed basic math calculation drills that assess speed of basic math facts retrieval.

* The Feifer Assessment of Mathematics is a potentially useful assessment test in the setting of math difficulties (see more HERE), but it is not specifically listed by the College Board.

From the research community, additional tests have arisen such as Butterworth’s Dyscalculia Screener, but the while the aptitudes measured are very different (for instance estimating the numbers of dots on a page or making size comparisons between numbers), it may be limiting in terms of what it excludes from the dyscalculia diagnosis – or rather what it defines as “low math achievement”, but not dyscalculia. Other math assessment tools such as Key Math from Pearson or TEMA from PRO-ED may be used in the setting of RTI or choice of certain additional supports.  Dr. Clare Trott has done a great deal of research in dyscalculia and how it presents in secondary and university students with dyslexia. She is also working on a dyscalculia screener and hopefully it will be available soon.