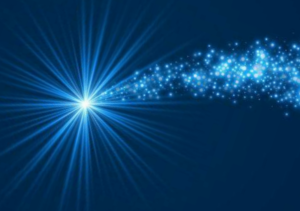 The notion of creative visualization dates back at least from the time of ancient Rome when Cicero commented about his “mind’s eye.”

Since that time, many of the world’s greatest inventors and scientists, and writers and artists, athletes and entrepreneurs, have attributed their insights to creative imaginings and thought experiments.

It seems that many dyslexic children and adults also have this gift and for many it may be one of their most treasured resources.

Compact disc inventor James Russell used this talent to turn models of his compact disc invention around in his head, while MIT Professor Cathy Drennan used her powers of imagination to visualize how new molecules could combine with each other in three dimensions.

Hollywood filmmakers like Steven Spielberg use visualization to design their epic scenes and camera movements, while visionary CEOs, artists, writers, musicians, and composers use their imagery to create beautiful and amazing works that have never existed before.

These gifts often come with tradeoffs, as do most extreme abilities, but we should never lose sight of the huge positives that visualization powers bring.

If you feel as if you haven’t had much time in your day to let your mind wander and “un-focus,” you might be robbing your mind of the opportunity to to do some of its most creative work!

“Much of creative thought of the designers of our technological world is nonverbal; its language is an object, or a picture or a visual image in the mind. Thinking with pictures is an essential strand in the intellectual history of technological development.” – Eugene Ferguson