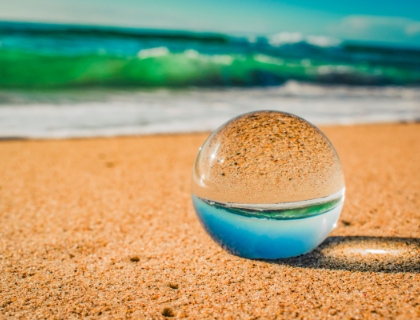 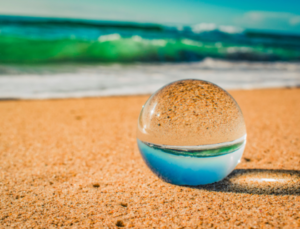 What happens when a student has both dyscalculia and dysgraphia?

Be prepared for an educational path that has a timing of its own.

Dysgraphia often accompanies dyslexia, but dyscalculia too. If you or your student has two or three out of these 3 “d’s” be prepared for a challenging course and a need for individualization for many years.

The most typical presentation for dyscalculia relates to students who have trouble mastering the sequence of numbers and recall of basic math facts. When dysgraphia gets added to the mix, you can imagine how it may swamp working memory, causing students to lose track when they work through math problems.

In a very real sense having both dyscalculia and dysgraphia also robs students of being able to show how much they understand, how deep their thinking may go, and consequently many academic as well as intellectual strengths.

Here again, I don’t think I would’ve appreciated this point if we hadn’t lived through some of this personally on our own.

The dysgraphia makes it difficult to show what you know in language arts, but it also contributes to working memory overload in any kind of pencil work – including solving math problems or science work. Dyscalculia interferes with showing strengths in math reasoning and problem solving, or the quantitative side in general so that there are fewer ways to discover a student’s talents.

When students are younger, they can be in sort of limbo when it comes to discovering strengths. Glimmers occur when a student makes an interesting comment or insight or they are able to figure out something that stumps everyone else.

I am sure that there will be others who have ideas of uncovering math strengths in their dyscalculic students, but because we pulled our student out of conventional schooling in the 1st grade, I always looked for mathematical topics that might be interesting.

As it turns out there are math games, topics, and stories that he really enjoyed. In the earliest of grades, there were books by Mitsumasa Anno and Theoni Pappas’ books like Penrose the Cat or Joy of Mathematics.

In the early years, he was fascinated by the optical tricks of M.C. Escher and played with a tesselation game called Tesselations.

He and his sister loved reasoning books like Encyclopedia Brown mysteries or judicial versions like You Be the Jury. These were not mathematical books by any means, but they shared a discipline for reasoning which has its mathematical counterpart. Surprisingly, many conventional curricula don’t emphasize reasoning although it’s so important for many types of high level work in the real world. The links are to the books on Amazon, but always remember that many of these popular books are likely at your public library in e-book form using the LibbyApp.

Our son’s strength in reasoning showed itself in IQ test scores (verbal reasoning on the WISC), but also with the ease he picked up algebraic thinking with the math program Hands-On Equations. Check video below.

What I learned through this period is that what looks like math ability can really vary dramatically. It didn’t really surprise me that he got an A+ in a gifted Logic course when he was a 7th grader (it used a college text).

But I also knew if he had to answer a math fact quickly (like multiplication) or even which number is bigger than another, it could be a wild guess.

CALCULATOR AS A GREAT EQUALIZER – THE MATH FACTS EVENTUALLY COME

Although we had our son work on math facts separately using mnemonics programs, the math facts eventually came, although no doubt much older than traditional non-dyscalculic students. As a homeschooler, he didn’t have to sit through what could’ve been otherwise an unremitting parade of low grades without a calculator.

Many schools don’t assess for dyscalculia, so you just do poorly in math or you do well. When we were doing assessments, we liked the WIAT (Wechsler Individual Achievement Test) because math reasoning was separately assessed from speed of calculations.

Teachers in the early grades may worry that students won’t be able to succeed in advanced classes if they don’t master certain skills by the end of their grade. But what if developmentally, math facts retrieval won’t truly come online for another 4 years. What of the personal consequences of being reminded of their weaknesses and slowness each and every day for 4 years straight?

In appropriate cases, we asked for students to have the option to work with a calculator in the early grades whenever math calculations were not being assessed specifically. The students would continue working on the process of math calculations without a calculator, but importantly, speed of pencil and paper calculation were not to be a limiting factor in a students progression to higher levels of math.

Recently, a teacher taking my class Dyslexia for Teachers through SPU told me that she found that teachers in the early grades were the most reluctant to give any accommodations… whether it was for reading, math, or writing. I can understand why it happens, but on a practical and human level, I wish it happened less.

What about dysgraphia? There are several features of dyslexia-associated dysgraphia that complicate math problem solving by hand.

First, there is a lack of automaticity of writing symbols. What this means is that letter writing and number writing are not automatic. If you or I can sign our names without thinking about which letters we are forming, we are writing automatically. For some people with dysgraphia, this may never go away. Each letter and its formation have to be consciously thought as they are formed. No wonder the writing process overloads working memory and the student forgets where they are when writing or doing math!

Not all dysgraphic students have this automaticity problem lifelong – some will out grow it, but the time it takes may vary widely, often years behind non-dysgraphic peers. Again, the challenge is keeping a student’s spirits up and allowing them to learn without letting dysgraphia block their way into higher math.

For severe dysgraphics, it might be worth considering keyboard options for math. Some engineers in higher education point out that they would’ve had to learn software like Equation Editor anyway, so why not have learned it earlier and let them demonstrate their math strengths independent of dysgraphia.

In the early years, I let my son dictate math problems – for instance when he was learning to carry during multi-digit math problems. But I quickly learned that he could work on math homework independently if he had a kid-friendly software to work through problems without writing by hand. When I also saw his math progress jump up, I asked why things were easier now – he told me that he found it handy that the numbers were on the top row of keys. He was using the keys as a number line rather than having to recall the order and relationship of number by heart!

If your student’s dysgraphia and dyscalculia are somewhere in the middle and not severe, you may be able to walk a tightrope allowing them to work through problems by hand, but also allow them to work open book with math charts, calculators, and formula cards if they are needed. The combination of dysgraphia + dyscalculia rather than each individually also dramatically increases the cognitive work – so be prepared for dramatically decreasing math work expectations; it may be that your student will do fewer problems each day during the school year, but plan to continue at least a little bit through the summer so learning is not lost.

The most important take home point about students with dyscalculia and dysgraphia is that for a long period of time their work production may dramatically underestimate their understanding. Students can become discouraged about their low potential, so look for areas where they can excel, whether it’s math-related or quantitative subjects that don’t depend on pencil and paper calculations.

Whenever possible, separate knowledge, curiosity, and thinking from assignment demands requiring pencil and paper work. Some examples include math, science, social studies, or literary projects rather than problem sets and papers.

Encourage the use of direct observation, field work, and multimedia ways of recording information (audio, video). Math-related fields that dyslexic individuals excel in include science and technology, architecture, statistics, and data analysis. All these things have little to do with speed of math facts retrieval.

For students with dyscalculia and dysgraphia, but might otherwise be natural career scientists, getting them involved with project-based learning and science fairs would be a natural activity. Since the pandemic, many science fairs have gone virtual, potentially making it easier to participate in outside events.

For the overwhelming numbers of students who have dysgraphia and dyscalculia, the outcome is good – but slower to develop than their peers. If you know that, then work on the things that you can work on, but focus on access and workarounds that will help your student eventually find their life’s passions.

For every student who is danger of being held back or denied some advanced content, we should ask, are there supports this student should be receiving?

Are there accommodations or technology supports that can help them learn more efficiently and demonstrate their knowledge?