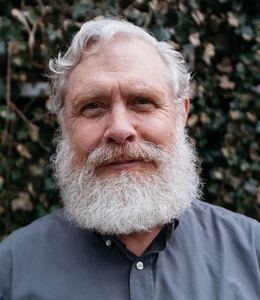 “If you’re not failing, You’re probably not trying as hard as you could be.” – Dyslexic Harvard Genetics Professor George Church

Church had an erratic path through higher education like many dyslexic students, but his path shows a lot of ingenuity, passion, and dogged persistence in spite of not learning to read well.

As a young person:

“I was using books — even though I had a lot of trouble reading. By using the index and using photographs, I could figure out just about anything. So that kind of set me on a course of independent study. I was not particularly well adapted socially. I had dyslexia, narcolepsy, OCD, ADD — all these things were very mild, but made me feel different.”

School was erratic because of all the required courses. He did well in research as a student, but flunked two classes: “…my research was going well, and to some extent it didn’t fully register that I had flunked out. My crystallography adviser, Sung-Hou Kim, had to pick me up as a technician, which he didn’t complain about. He was a really terrific guy. I’m still good friends with him. He went to bat for me, tried to get them to give me a second chance, and they said no. I had two F’s, so it just was not negotiable.

Q: How old were you at this point?

A: I think I must have been 20. I wasn’t a teenager, technically, anymore, but I still behaved like one. And I just kept going, assuming that everything was fine. Sung-Hou would tell me from time to time, everything’s not fine. You are not destined to be a technician. You’re designing experiments, and people like me aren’t going to necessarily let you do those experiments.”

But as many students who excel in real life activities like scientific experiment, but not the coursework…Church applied to Harvard Graduate School anyway:

“I had applied to Harvard two years before and I turned down Harvard to go to Duke, which must have flabbergasted them at the time. It was the same department that I eventually got into. And so, to them, bureaucratically, they were just readmitting somebody that they’d already admitted, who in fact, in those two years, got five papers, some of which as first author. Maybe they didn’t notice the F’s, or they didn’t care about the F’s. Whatever it was, it was one of many times that Harvard has rescued me from myself. That was a pretty dramatic rescue.”

“Q: What advice would you have, reflecting on your own career, to a student who looks at what you do and thinks: that would be really cool.

A: The problem with getting advice from people who have managed to dodge all the bullets is they don’t necessarily know how they did it.

All the failures I’ve overcome? That’s much more important than any successes. I had to repeat ninth grade. I had to repeat the beginning of graduate school. I lost my major source of funding just before I came up for tenure. One of the major things — news flash — that they judge you on for tenure is whether you can support yourself. In each case, it helps if you can think out of the box and think of a new way of doing things. The other thing is: Follow your dreams, even if it does mean taking a risk. If you’re not failing, you’re probably not trying as hard as you could be. And being petrified of failure means you’re going to be probably a very extreme underachiever.”

Do NOT follow this link or you will be banned from the site!