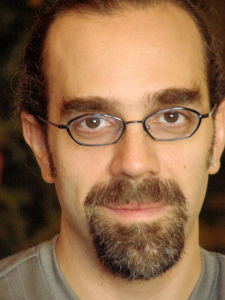 Many of the world’s greatest innovators are dyslexic. These creators with a capital ‘C’, more often than not, arrive at their conclusions through wild leaps of their ideas rather than incremental, step-by-step invention. This pattern, which appears in so many accomplished people in every type of field and discipline, should be telling us what to look for in its raw form in young people, and what the end goal of the educational process should really be.

“As a student in school, I fell into the habit of doing things more than once, like doing math problems 3 times…this was because of my dyslexia. It ended up being a great habit, however because there is often more than one way to solve a problem.

In BC Calculus, as a junior in high school, my teacher Mr. Benson once said, when I fumbled to remember something, “I don’t need to remember almost anything because I can figure it out from first principles.” This was a huge “Aha!” moment for me and transformational. This moved me from seeing education as the accumulation of facts to learning to enjoy the mechanics of doing different things.”

So what Astro’s team at Google does is come up with ambitious technology projects. He explained moonshots this way for the Washington Post: ”

As an example of what the brainstorming process might look like, Astro uses an example of finding a way to have enough energy to bring clean water to the world. Someone brings up an idea. I don’t know, they say, “What if we could harvest the power in an avalanche?” Okay, that’s probably not going to work, but the first answer that they have to get is, “What a gorgeous idea!” Because if you can ask that question, and 100 questions like that, one of them is going to be right. High-five! And everybody’s excited for you, you feel really good right now. Now I say: “All right. How can we kill this idea? How can we, as fast and as efficiently as possible, satisfy ourselves that this is not the 1 in 100, it’s the 99 in 100, so we can get onto your next idea.

Yes. And we sit there at the whiteboard, and we come up with five different reasons why it’s really not going to be practical. Can we force avalanches to happen on time? No, not really. Can you restock the snow or the rocks up high and do it again? No, not really. Okay, can you move the equipment that’s going to harvest all the kinetic energy in this stuff when it’s falling around, to catch all the different avalanches? No, that’s going to take way too much energy….After half an hour, you and I have satisfied ourselves that it’s not going to work, we cross it off the list, and I give you another high-five. You just got credit from me, both for coming up with the idea and killing the idea. And if you work at a place like that, before you know it, everybody’s coming up with ideas.”

Not surprisingly, like homerun hitters who frequently strike out, audacious innovators like Astro have to be accustomed to failure and to see it as part of the process of creation and innovation.

Astro believes that moonshot creativity is a different process altogether from incremental progress that may be more the product of building on top of an existing solution with grit and perseverance. “…when you aim for a 10X gain, you lean instead on bravery and creativity – the kind that , literally and metaphorically can put a man on the moon…the size of the challenge actually motivates people: bigger challenges creative passion.