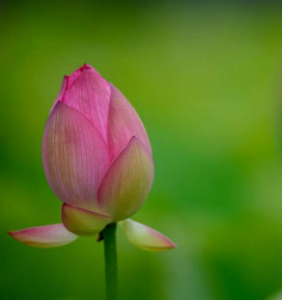 Neuroscientists at the University of California San Francisco, just reported their finding that dyslexic children ages 7-12 showed stronger emotional responses as measured by a variety of measures than their non-dyslexic peers.

From the study abstract:

“There are anecdotes that some kids with dyslexia have greater social and emotional intelligence. We don’t want to say that all kids with dyslexia are necessarily gifted in this way, but we can think about dyslexia as being associated with both strengths and weaknesses.” – Virginia Strum, PhD UCSF

Look at the dramatic difference in skin conductance between dyslexic and non-dyslexic children (arrow, ours)!

An interesting part of this study is that beside physiological tests like sweat conductance and brain functional MRI, the scientists also interviewed about real world social functioning, mood, and anxiety.

What they found is that the physiological differences correlated with real world behaviors.

From the paper again:

“Enhanced visceromotor emotional reactivity in dyslexia had real-world implications: children with dyslexia who displayed greater emotional facial behavior had better social skills as well as greater symptoms of anxiety and depression. These findings suggest that accentuated visceromotor emotional reactivity in dyslexia may have both positive and negative impacts on social functioning, leading to interpersonal benefits as well as affective vulnerabilities…

The findings of this group will hopefully lead to additional research into the social and emotional and experiential aspects of dyslexia. As the study authors point out, greater emotional experiences can have its strengths as well as weaknesses.

For parents and professionals of dyslexic children, the findings may be both eye-opening as well as, in some cases validating.

There are so many twists and turns on the dyslexia journey and yet surprisingly little consideration for students’ emotional lives.

On the one hand, emotional responsiveness and sensitivity can drive creativity, altruism, and leadership, but on the other hand, it can take its toll in social withdrawal and alienation, depression, and anxiety.

My take-home points: Dyslexic children (and likely adults) may be more emotionally responsive and sensitive than their neurotypical peers. Knowing that, we should take care about emotional and social environments and relationships that trigger unwanted secondary problems.

As a strength, emotional sensitivity can also be nurtured so that it contributes to what some believe is one of world’s most important “intelligences”, emotional intelligence.

There may be many reasonable concerns that emotional sensitivity can result in emotional fragility, but there is a middle way between fragility and stoicism.

For additional resources about emotional resiliency that might be helpful, check out Emotional Resilience.