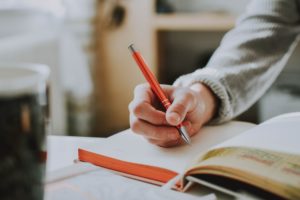 ” …our current education and work environments are often not designed to make the most of dyslexia associated thinking, we hope this research provides a starting point for further exploration of the economic, cultural and social benefits the whole of society can gain from the unique abilities of people with dyslexia.”

Since dyslexia may be present in as many as 17% of the general population, many have questioned why such a high incidence exists. One provocative answer to this question comes from Dr. Helen Taylor, the first author on a paper about Complementary Cognition, a theory that proposes that brain-based differences that exist among groups of individuals like dyslexic community may have been essential for the adaptation of the human species to a challenging and highly changing environment. Her theory came together from diverse sources, including cognitive psychology and neuroscience, evolutionary theory, paleoenvironmental evidence, and archaeology (read more HERE).

Her in-depth paper is currently under review, but a fascinating preview has be posted to the World Economic Forum HERE. It’s titled, How dyslexia could help humans adapt to climate change. It’s co-authored with Kate Tointon.

Complementary cognition “…proposes that humans evolved to specialize in different but complementary ways of processing information. It suggests that collaboration to combine these different specialisms enables human groups to act as more than the sum of their complementary parts, increasing our ability to co-create, solve problems, and adapt.

At the most fundamental level, this cognitive specialization reflects the extent to which individuals are about to exploit the known versus explore the unknown. This new research proposes that people with dyslexia are specialised in exploring the unknown. Combining these cognitive specializations may underpin our success as a species by making us exceptionally adaptive – if we collaborate. It is a system thought to have evolved through adaption to a highly variable world over hundreds of thousands of years. ”

It continues, “..this so-called disorder affects a large proportion (about 10-20%) of the world’s population, regardless of culture or language. Such ubiquity suggests that people with dyslexia, rather than having a disorder, in fact have an advantageous form of cognition passed on to us from our ancestors over thousands of generations.

New research shows that the brains of people with dyslexia are specialised in exploration – that is, they tend to explore the unknown rather than relying on existing knowledge. Exploration is associated with experimentation, invention and discovery, and can involve exploration for new knowledge in abstract space and time as well as in physical space. This specialisation comes at the expense of processing more detailed information, to sequence and exploit the known – which contributes towards explaining why dyslexic people have reading and writing difficulties.

Given their enhanced abilities to explore, it’s not surprising to find that people with dyslexia tend to work across disciplines, often being driven to discover and connect. Exploratory specialisation in people with dyslexia appears to manifest in higher-level strengths, such as enhanced abilities to identify the root causes of problems and see fundamental system patterns, anticipate long-term trends and invent highly original strategic or technological solutions…”

It’s a bold theory that looks at some of the disproportionate positive contributions that dyslexic people have made to society and scientific and technological discovery. We look forward to being able to review the next research publication that examines this compelling theory that make significant contributions to today’s thinking about dyslexia and the value of neurodiversity.