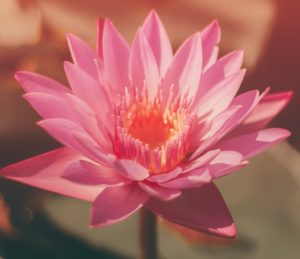 “Since dyslexics are visual learners and thinkers, I make sure to integrate that into how I work throughout the day. I always approach architecture decisions via white-boarding. I use metaphors when I explain things to other people or when I try to reason about the problem space in my head…”

– Josh Brunner, from Embracing Dyslexia as a Software Engineer

An interesting thing happened when researchers (sorry free abstract only) set out to study figurative language in dyslexic and non-dyslexic people. Dyslexia is often referred to as a “language learning disability” and in the usually deficit-focused literature, there have been plenty of studies that might have suggested figurative language could be problematic – but Kasirer and Mashal also were aware of the creativity literature and dyslexia – so they did not restrict their testing to conventional metaphors but also included in their analysis novel metaphors. What they found yields insights into not only dyslexia and verbal creativity, but also dyslexia and the positive sides of its executive function.

“Novel metaphor generation was used to test creative ability. We also investigated the contribution of executive functions (EF) to metaphor processing. EF is important to both the comprehension and the generation of metaphors. Evidence suggests that the ability to generate novel linguistic constructs and shift from one meaning of a phrase to another, especially in the case of metaphorical language, relies on EF.”

In their research involving adolescents with dyslexia (as well as age-matched controls, they were surprised to discover that although dyslexic children seemed to have more trouble interpreting conventional and novel metaphors, dyslexic teens and adults outperformed neurotypical peers on novel metaphor interpretation.

So for example, when dyslexic adolescents or adults were confronted with a novel metaphor like “joy bits” or “laundry rabbits”, they were more likely to find a correct novel meaning on a multiple choice question than their non-dyslexic peers who were more likely to select the choice of “This expression is meaningless”.

This difference seemed to reflect stronger verbal creativity – at least on this paradigm, and is consistent with what neuroscientists have recognized about the different ways the brain processes conventional and novel metaphors. Convention metaphors like a “sharp tongue” are more likely to be recognized in the brain using general knowledge and or understanding of individual word meanings, while novel metaphor comprehension relies on casting a wider net among words – therefore more fluid intelligence, wider semantic maps, and executive function likely applied to right hemispheric language areas.

For neuroscientists who have an interest in metaphor, this might make perfect sense. As the Penn State scientists who studied the creativity generation process of dyslexic artist Rebecca Kamen were surprised by her ability to make “large leaps between seemingly disparate ideas”, this wider word mapping cast by the right hemisphere can be both a blessing a curse for test-taking dyslexics. It may be a blessing when it comes to synthesizing new expressions, metaphors, or concepts, but a curse, when what’s being demanded of it is verbatim repeating back of information, whether by teacher or institutional manual.

I get on a more extended digression here, but don’t want to get off-track with practical information for parents, teachers, and tutors. So I will just add a little bit of what may be some helpful information from Oxford psychiatrist scholar and author of the from The Master and his Emissary: The Divided Brain (Dr Iain McGilchrist):

“The right temporal region appears to be essential for the integration of two seemingly unrelated concepts into a meaningful metaphoric expression. Fascinatingly, however, cliched metaphorical or non-literal expressions are dealt with in the left hemisphere…

So the left hemisphere needs certainty and needs to be right. The right hemisphere makes it possible to hold several ambiguous possibilities in suspension together without premature closure one outcome…the right hemisphere’s tolerance of uncertainty is implied everywhere in its subtle ability to use metaphor, irony, and humour, all of which depend on not prematurely resolving ambiguities. So, of course, does poetry, which relies on right hemisphere language capacities.”

When most scientists and educational professionals speak of the language weaknesses of dyslexic children and adults, it should also be raising the question of whether we are missing opportunities to build on right hemispheric strengths in language and perception (right hemispheric connectivity is higher among dyslexics).

UK Acting Professor and author of the book Teaching Strategies and Neurodiversity and Dyslexia for the Actor in Training, Petronilla Whitfield has shared how one of the actors she works with (Hollie) broke down the script into personal images so that could be felt, internalized, and expressed. Look at the powerful images evoked!

Attentiveness to words and imagery can be found in a wide range of curricula for reading, writing, spelling, and memory / auditory processing.

Lindamood Bell’s Visualizing and Verbalizing, for instance, trains students to match pictures to words while reading or listening – with corrective feedback to avoid false memories or tangents. 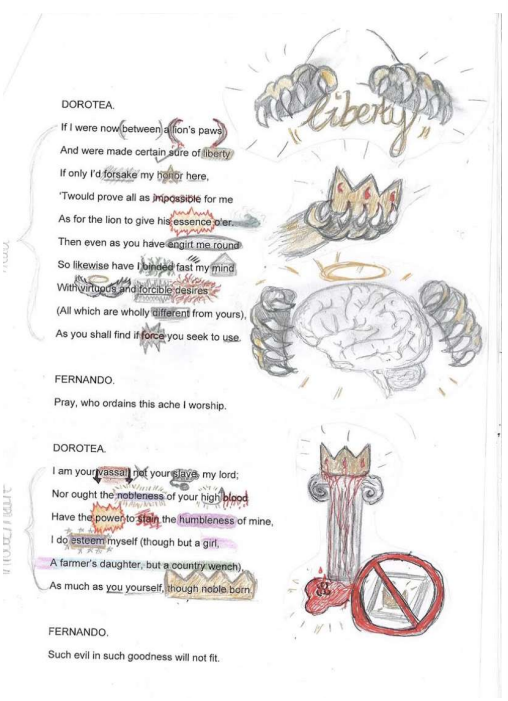 These visual approaches don’t take the place of important decoding and structured literacy work. Rather they can be valuable for other specific situations – like helping students who have trouble remembering what they’ve read or listened to in class.

Visualization approaches are also used for organizing ideas in preparation for writing (mindmapping) or taking notes or reviewing and condensing course material (sketch-noting).

But to return to the quote that started this article, visual-verbal communication doesn’t just apply to students – it can be especially valuable on the job – and far too many people may not know that this form of thinking can be a strength.

From Fast Company’s article, Why imagery and Metaphor Are Essential for Business Communications:

“Metaphors can inspire action, or increase recall and understanding when trying to communicate a complex message…Metaphors are valuable tolls in business, particularly when people need to communicate complex, dry ideas. By associating an unfamiliar idea with one that is commonplace, you can spark better understanding…”

If you’ve only thought about metaphors in terms of 1 lesson in literature, perhaps it’s time to expand your horizons…either for yourself or for a student you know who is dyslexic.

People who speak for a living often praise the power of metaphor to communicate complex ideas in simple and compelling ways. A common example is Martin Luther King’s “I Have a Dream” speech.

Here is an article about Pitching Using Metaphor and another about using metaphorical thinking as part of a brainstorm step in the creation of a new project from Mind Tools.

From engineering, metaphors can be used in design as in the example of a fuel cell designed like a leaf or a digital brush to sample colors from real life objects. The figure at right is a schematic representation of how similarities and differences between an analogy and metaphor can help generate more ideas in design. 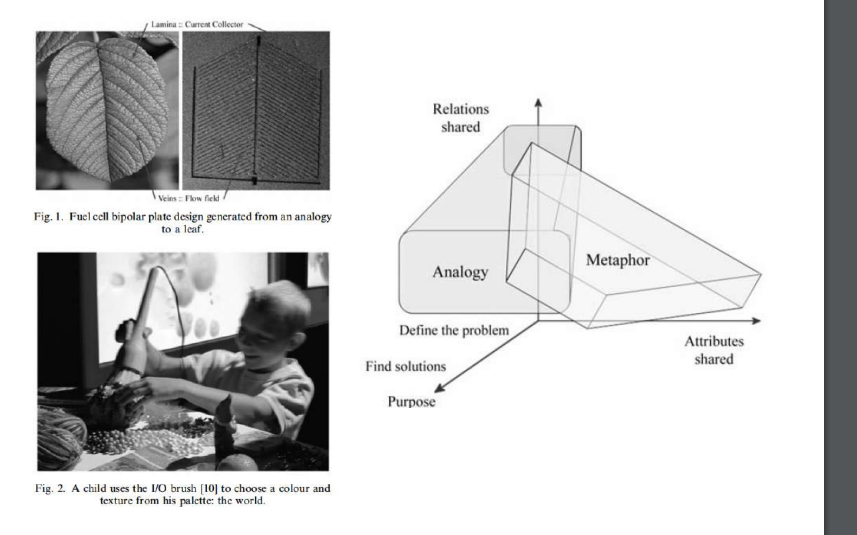 Are we doing all we can to foster metaphorical thinking? For starters, students who struggle knowing what to write for an open-ended writing prompt, might see if starting with a metaphor may help and organize thoughts.

For my part, I think the world would be a much dimmer place if there were fewer people who could imagine what “joy bits” or “laundry rabbits” could mean.