The Voice Inside Your Head [Premium] 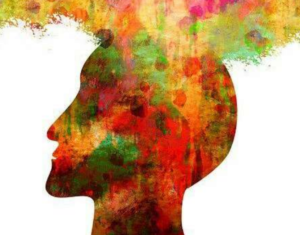 “When I was eight years old, a school psychologist gave me a bit of advice about my brain. He said I may have a form of brain damage, and he wanted to send me to a special class.

I was a classic dyslexic: I wasn’t born with a good memory, and I couldn’t concentrate; reading and writing were always a challenge for me. Throughout my school career, I learned by having my mother and friends read the syllabus to me; I forced myself to memorize it and what I didn’t get, which was most of it, I just didn’t get. I had no future because I just couldn’t grasp what was being taught to me. In twelve years of school, I couldn’t read a book from cover-to-cover alone and in my final year of school, I still couldn’t read much better than when I started out in First Grade.”

Recently, Brock and I had the opportunity to interview Kevin Horsely, a person who struggled mightily in school due to his dyslexia. It’s hard to reconcile this history with winning the Everest of world memory competitions, memorizing 10,000 digits of pi, and a World Memory record holder.

How did this turnaround happen? What Kevin told us was that first he had to begin working on the voice inside his head.

Someone told him, “If you had to speak to someone the way you’re talking to yourself, they would probably slap you.”

From that point on he began to be more consciously aware of the voices inside his head. When he began talking over the process with a trainer, that person would confront him. “Whose voice is that?” and then he would think, “That’s my teacher’s voice,” or “that’s my dad’s voice.”

Sometimes it wasn’t about the content of the voice, it was about the tone and how it was said.

To challenge the negative voices, he began exercises – if you hear a familiar voice, try imagining it coming from your feet instead of your head. What if it sounds like Mickey Mouse? What if you want it to sound like Superman?

Sometimes his trainer would challenge him…”How old is that voice? What is the sell-by-date?” and eventually all the practice helped him not believe all the little voices that could tell him couldn’t change, but also to create new voices.

As Kevin says, “the future is the only time we have left.”

Below, listen to an interview with Kevin on Matt Bodnar’s podcast. He also talks about how he previews a book before beginning to read it. He goes into depth about memory places so reading becomes a journey.