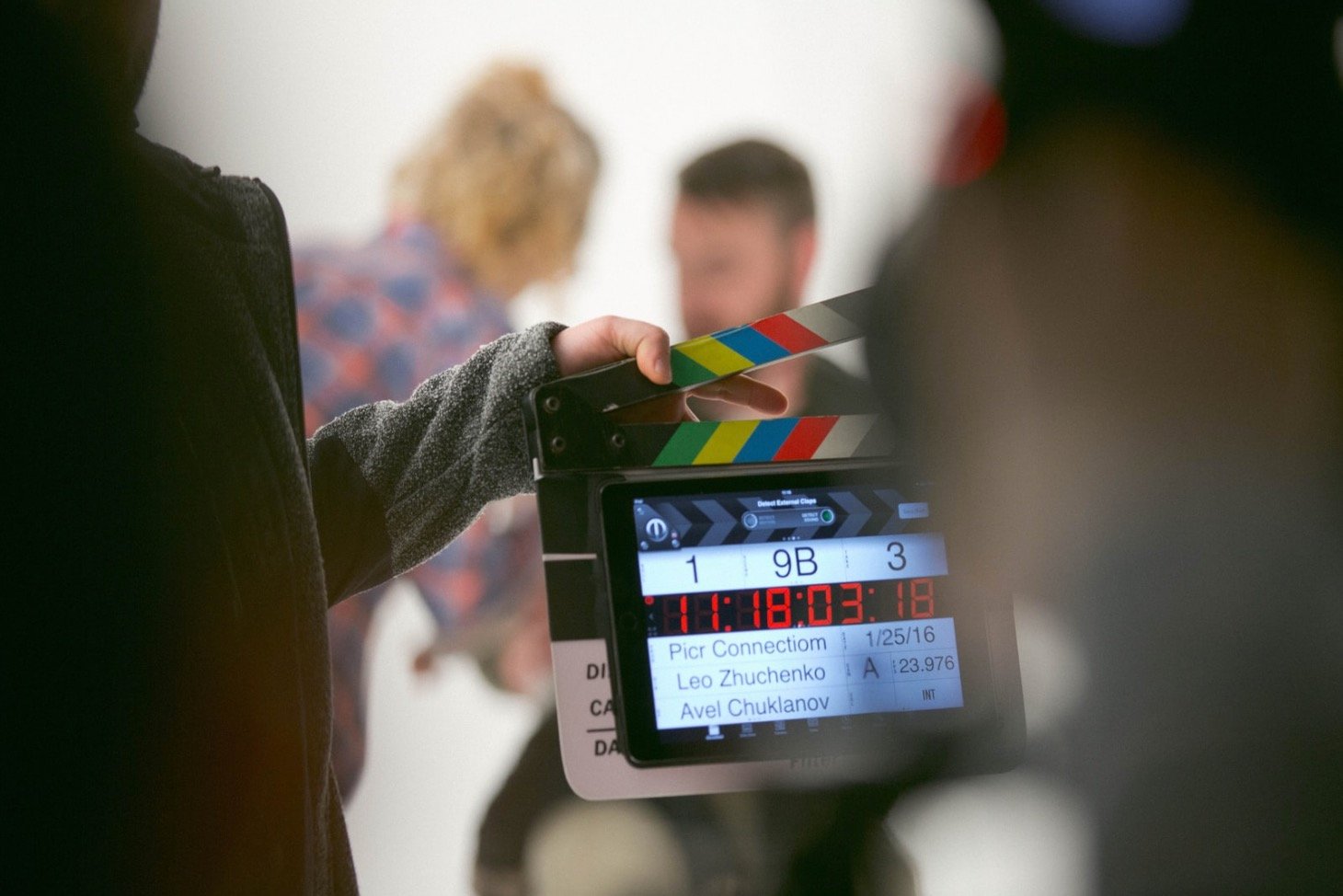 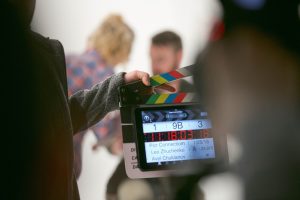 There are some dyslexic children who seem to be natural actors and actresses at early ages and their talent and imitating the gestures, voices, and personalities of others seems almost from birth. What are the strengths and talents that make so many dyslexic people talented actresses and actors? For some it may be emotional empathy, others, an ability to visualize events and personal interactions cinematically, and still others, a love of ‘getting into the heads’ of so many characters. Some drama schools report as many as 30% of their students are dyslexic, so dyslexia seems to be over-represented in these school compared to the general population. 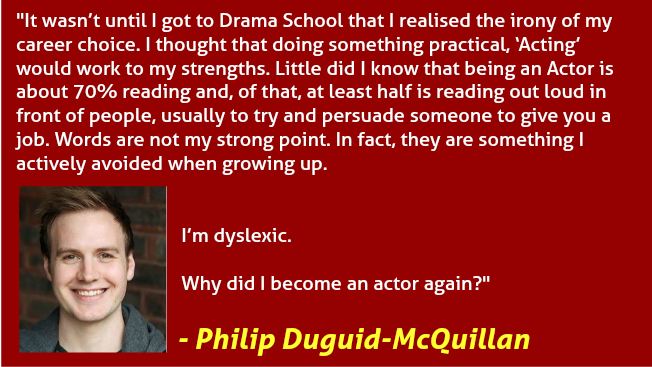 Some researchers have observed that as a group, dyslexics are more likely to visualize events upon reading text than their non-dyslexic peers.

“When preparing a piece of text for an audition, there is something very visual about the audition. I see it straight away, almost filmically … what’s happening in the situation, rather than reading the text, I can see what’s happening with the people and the characters.” (Leveroy, 2015). 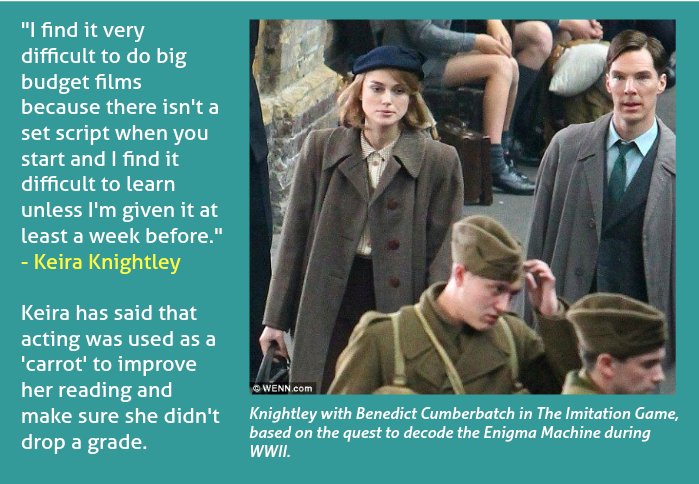 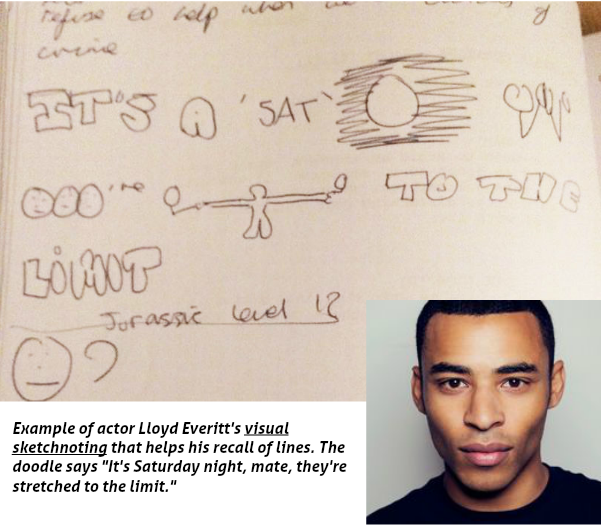 Still, although there are many aspects of the dramatic arts that fit well with the strengths of dyslexia, the need to memorize words and do ‘cold readings’ in auditions can be challenging for many.

By the time actors have become professional, many have developed a system for memorizing their lines:

“I have a terrible thing with lines, I try not to just kind of learn it by reading it over and over again because that doesn’t really work for me. I have to listen to them. Once I’ve read it a few times then I’ll start recording bits and pieces and then just put it on a loop

and just keep it going. From reading the lines a few times I will be able to see the words on the page in my mind’s eye … I also circle a red line around a particular word that gives me a hook into the next word. So I am linking words and when I hear that word, then I know what is coming next. Lastly, I record the other person’s lines and leave blanks. I wasn’t informed to do all this, it just felt like a logical thing to do, somehow through those stages and just generally working them into your body.”