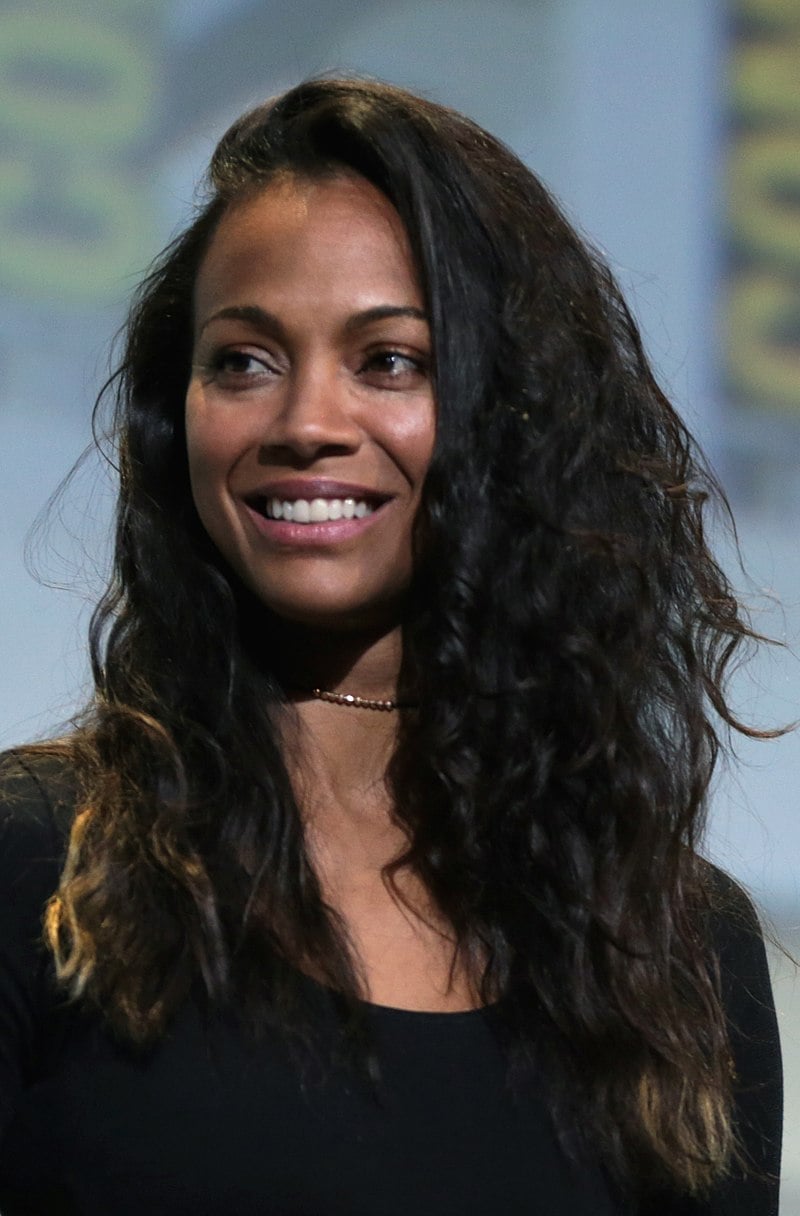 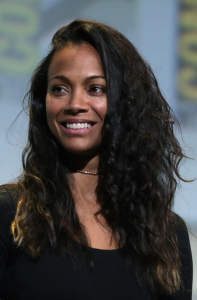 Actress-dancer Zoe Saldana is Gamora in Guardians of the Galaxy 1 and 2, and Avengers Infinity War. She is also mom of 3 boys.

It’s no accident that Zoe has found her groove in so many science fiction movies:

“If I could have anything in life, I’d want tons of great science-fiction movies and stories. It’s so progressive, beautiful, and imaginative.”

In an interview with the New York Times, Zoe shared how she enjoyed working with current director, James Gunn, who she said reminded her about “What is great about being a geek…you’re curious, your confident, and once you make a discovery, you show it off with pride.”

Zoe was born in Passaic, New Jersey, where she lived with her father who was from the Domincan Republic, and mother who is Puerto Rican. She was raised bilingual (English and Spanish). After she lost her father in a car crash, her mother returned to the Dominican Republic with the children. There, she discovered a love of ballet dance, and she and her mother returned to New York when she was in her sophomore year in high school. She was recruited by a talent agency when she was spotted in the New York Youth Theatre in a production of Joseph and the Technicolor Dreamcoat.

You may remember Zoe as Uhura in 2009 Star Trek or even Neytiri in Avatar. She even had a brief role as the pirate Anamaria in Pirates of the Carribean, Curse of the Black Pearl.

Although Zoe admits she’s a “sucker for sci-fi”, she often finds screenplays challenging to read “First of all, I think in Spanish, and I’m dyslexic.”
– Zoe Saldana