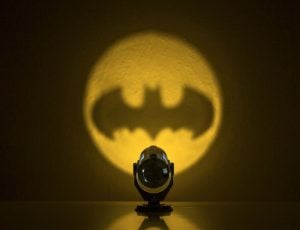 Researchers recently found that young children were more likely to persevere with tedious jobs that they were given to do if they pretended that they were Batman while doing it.

There may be something to it.

The effects were quite significant. 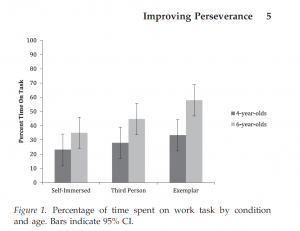 This motivational effect was named after Batman because out of all the characters that were suggested to the children (Bob the Builder, Dora the Explorer, Rapunzel from Tangled, and Batman), children who chose Batman showed the greatest perseverance with the task!

To scaffold the idea of roleplay, the researchers also let the Batman role players wear a cape.

The researchers concluded: “…pretending to be another character had large effects on children’s perseverance…Perseverance can pave the pathway to success…The current research suggests that perseverance can be taught through role play, a skill that is accessible to even very young children.”

As for why Batman seemed to be much better than the other fictional characters, a lot of possibilities have been floated. Is it because Batman seems persistent and mentally tough? Is it because he is known to have faced pretty difficult circumstances and still he succeeded?

This phenomenon is not just for kids. In fact in recent research from Harvard University, undergraduates told to pretend that they are “eccentric poets” were able to generate more creative possibilities for every day objects than if they were pretending to be “rigid librarians” (sorry, librarians – this was their study not ours!). 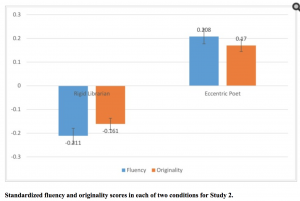 Don’t underestimate the power of imagining you are someone else to help you (or help a student) to become more perseverant, more resilient, and even more creative.

Do NOT follow this link or you will be banned from the site!
We use cookies to personalize content and ads, to provide social media features and to analyze our traffic. We are also an Amazon associate, so qualifying purchases through Amazon affiliate links can earn money for Dyslexic Advantage. We share information about your use of our site with our social media, advertising and analytics partners who may combine it with other information that you’ve provided to them or that they’ve collected from your use of their services. You consent to our cookies if you continue to use our website.We use cookies to ensure that we give you the best experience on our website. If you continue to use this site we will assume that you are happy with it. If you have any questions, please contact us at: [email protected]I AGREEPrivacy policy