Fractions can be confusing.

Some students are confused by the new terminology that comes with fractions (numerator, denominator), while others are confused because they seem to have different principles from those learned from whole numbers.

Numbers that “get bigger” are not necessarily more numerous or larger; if the numbers are in the denominator, they get smaller.

For dyslexic students, manipulatives and mind maps can be especially helpful getting a bird’s eye view of the subject that can be referred to as students work through problems and are still mastering the concepts. If chosen carefully, they can combine clear examples with new vocabulary such as the e 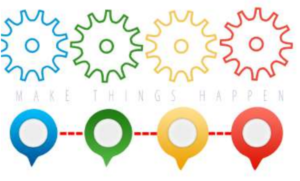 xample of proper and improper fractions below. 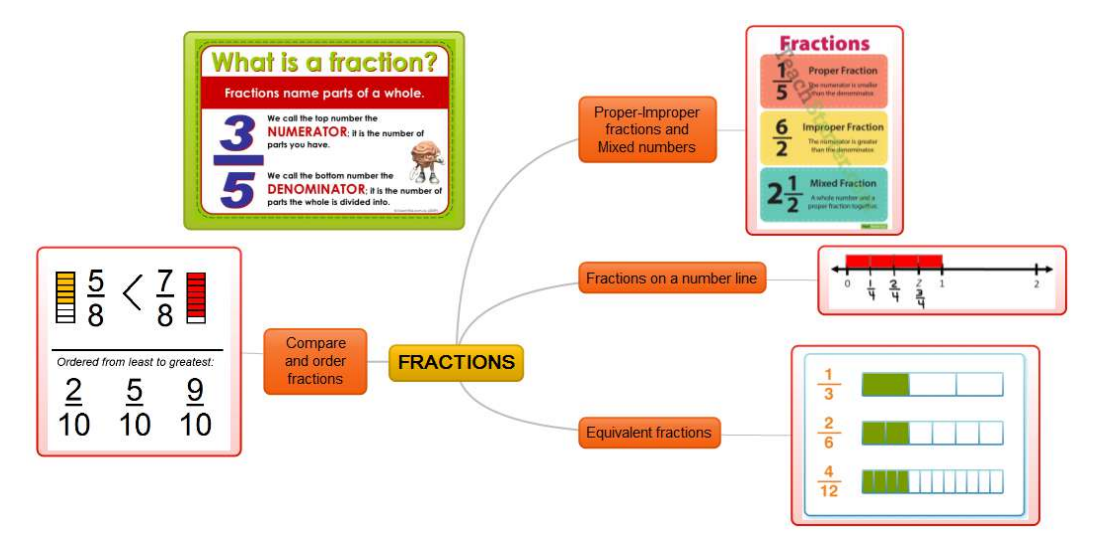 The important thing is to not teach things that students will eventually have to unlearn. When introducing a topic, for instance, it’s a common instinct to want to simplify, but if fractions are presented with only a single concept – like sharing with a sibling or classmate or pieces of a pie, then assumptions about the meaning of fractions need to be unlearned with word problems like the following:

“Eight people go camping for 3 days and they must carry their own water. They read that 12 1/2 liters of water are need for a party of 5 people per day. How much water should they carry?” Where are the pieces of pie?

Common Core Math has tried to address this confusion about fractions (half of middle school-age students have basic misconceptions about fractions) by presenting multiple representations of fractions – and this lends itself well to mind maps or wall charts in classrooms. 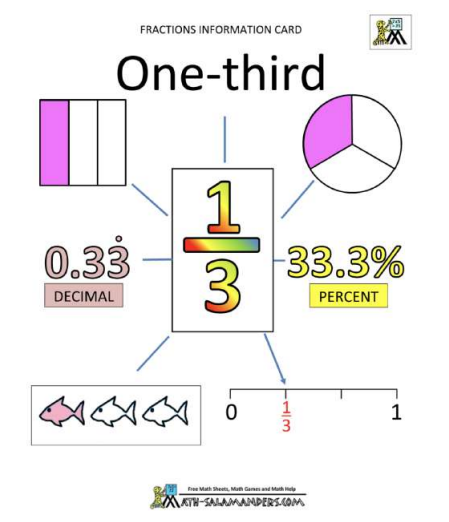 Allow students to work “open book” with math materials until they have learned the concepts well.

Many dyslexic students prefer inductive learning or learning through direct examples then reasoning back to principles rather than the other way around; the more examples given, the greater the clarity. Provide meaningful explicit, organized examples.