Intelligence Matters: Why Dyslexia Testing Should Include IQ 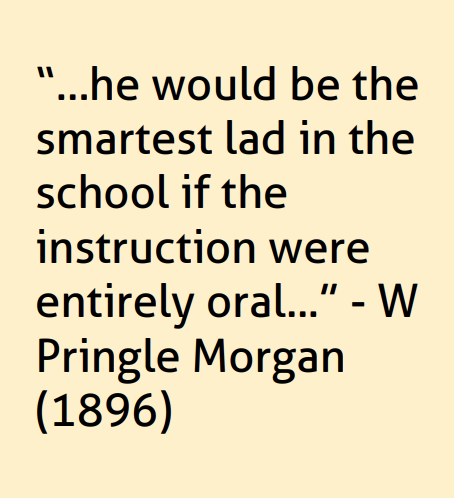 After the initial rush of excitement that dyslexia screening and funds for teacher training would come available to many public school students in the United States, there is now a steady wave of reality becoming apparent. What is passing for dyslexia screening varies widely. Many platforms have simply renamed school readiness or pre-reading screeners that take one minute or less to perform (results are about what you might expect from 60-second screeners). Potential upsides to this type of screening are that some students may be identified as needing extra phonological training. Still, the downsides are that students don’t receive any specific information about their abilities, strengths, weakness, and specific educational recommendations.

INTELLIGENCE MATTERS WHEN TESTING FOR DYSLEXIA

Testing for phonological awareness is important for students, but so are many other things, especially intelligence. Dyslexia is a specific LD, meaning students have average or above-average intelligence. Some dyslexic students may be in the highly or profoundly gifted range of IQ and you may not know that this high intelligence exists unless it is specifically assessed.
Of course, perceptive and high IQ parents may recognize the high intelligence of their children, but there are definite benefits to knowing – because it can change how students are perceived and educated. Parents of students who are bilingual should also be attentive to the need to be tested in their native language because being tested in a non-native language can grossly underestimate intelligence.

THE INTELLIGENCE OF DYSLEXIC STUDENTS IS OFTEN UNDER-ESTIMATED

As attentive as parents can be, the intelligence of dyslexic students is commonly grossly underestimated. The reasons for this are several. Often by the time students come to the attention of professionals and get tested, they have experienced a good deal of failure and then they are asked to take more

tests under time pressure. It’s one of the reasons why testing dyslexic students is an art as well as a science. A good testing person can establish a rapport and bring out the best in a student who may be feeling low. When parents bring their students in to get tested, they may worry that they are pushing their students too much or expecting too much. When we find that the student’s intelligence is much higher than they might have expected, there can be a palpable sense of relief and it’s important information that can be used to design a truly appropriate education. Our interviews with extraordinary dyslexic men and women for the past two decades have told us that recognition of their high intelligence and potential was much more the exception than the rule. Brilliant dyslexic individuals were held back and failed multiple times and many people went from remedial education and being told they “weren’t college material” to graduating college or graduate school with the highest honors. These mistakes in education have not changed for many people. 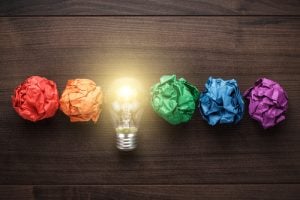 RELUCTANCE OF SOME SCHOOLS TO USE IQ TESTING

Controversies exist over IQ testing because of concerns that different socioeconomic and ethnic backgrounds may affect the validity of scores. For that reason, some schools have sharply curtailed IQ tests and many opt not to test IQ even in the setting where dyslexia is highly expected. However, the dilemma for many dyslexic students is that it may affect their perception of their intelligence and their educational planning. IQ tests have problem-solving tasks that don’t require reading (questions are read to students), writing, or spelling. They also present an opportunity for students to be tested on cognitive skills that are above their age, so their above-age-level strengths can be formally identified. It is not uncommon, for instance, for students who are held behind in elementary and or middle school, to end up taking honors classes in high school. Did they need to be in globally “slow” classes in elementary or middle school? Maybe not.

Gifted dyslexic students can also be stuck in limbo – not struggling enough to get the help that they need, but also not performing well enough to be admitted to a gifted program at their thinking level.

HOW TO GET TESTED

With all the changes going on in school, many students behind in reading and math, and a shortage of school psychologists (some states have only 1 school psychologist for 5000 students), it can be difficult to obtain testing in a timely fashion. Some schools require students to be severely underperforming in school in order to be tested. Many schools keep a list of professionals who test students nearby. The cost can be expensive. You can see if some of the school’s pandemic funds could be used to test your student. If your student has been failing, held back, or developing secondary problems like anxiety or behavioral problems, or a teacher says that they do not know how to best teach your student, then these difficulties may help you in your request for an IEE. An IEE is an Independent Educational Evaluation that the school pays for because a parent disagrees with the findings of the school. It is not suing a school, it’s seeking an outside evaluation – often because there is a fundamental disagreement – such as an LD not being recognized or remediated. Gifted dyslexic students are especially susceptible to being misdiagnosed without comprehensive testing because their strengths and their weaknesses are overlooked. Abilities may be overlooked if they are never tested with above-level subtests, and weaknesses may be overlooked if skills like oral reading, nonsense word reading, and spelling in handwritten essays are not part of the assessment processes. Twice-exceptional (high ability + LD) students are at risk of social-emotional and or secondary behavior difficulties if they are forced to learn in poorly fitting classrooms that fail to recognize their strengths as well as their educational needs. This is not a “free and appropriate education” that Section 504 and the IDEA say should occur. If you have a student who doesn’t seem to ‘fit’ at school, look for more information and be prepared to advocate for them.