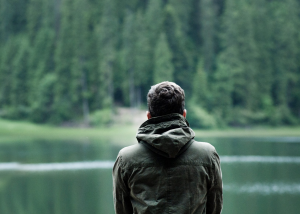 Here is one of our favorite college application essays of all time (shared with permission):

Please provide an answer below if you wish to provide details of circumstances or qualifications not reflected in the application.

When I started the process of looking for colleges, I made a shocking discovery. I learned that what I had previously thought of as a neutral trait of mine, was considered a disability. I always knew I learned differently from others, but I had never understood that dyslexia was considered to be intrinsically negative, as it has given me so many strengths that have helped me succeed in school and other tasks. These advantages, unique to dyslexia, were only discovered because I had ample time and need to develop them.Being diagnosed in second grade, I had the freedom to understand why I was different and what I could do to get around obstacles. I was able to excel not in spite of dyslexia, but because of it. I am now a creative learner and am able to successfully adapt to different learning environments.

Organization is one of the most helpful skills I’ve developed in response to the challenges of dyslexia. It is the tool that saved me from the anxiety induced by having an 1100 page European History book plopped on my desk the first day of junior year. That night I divided the book into daily reading portions and stuck to the self-imposed schedule, despite my slow reading pace. This strategy enabled me to complete the whole book, and score a 5 on the AP exam.

The pace at which I read has deterred me from completing many recreational books, but when I do read, I garner a deep meaning of what is in front of me. Often I end up rereading any sentences I do not completely understand. This habit is particularly helpful for reading science textbooks, where one missed clause or idea can throw off the understanding of an entire chapter.

One trait I have had to develop is the ability to discern which teachers I learn from most effectively. The best example of this has been my relationship with my English teacher and baseball coach. After-school chats about essays or the Medicis and Savanarola were often punctuated with discussions about baseball. As I move to the college level I hope to have similar relationships with professors.

Having been diagnosed early on, I was shielded from any bias, mostly because I was in a school that emphasizes that students understand their own learning style. The only negative effect of dyslexia in my high school career has been an exemption from the foreign language requirement. It’s well known that dyslexics struggle to learn foreign language in a classroom setting, though they’re known to do well in immersion settings. I earned a grade of Distinction in Spanish freshman year, because I had been taking variations of Spanish 1 since fifth grade. I did not, however, achieve even a rudimentary grasp of the language in my five years of Spanish, so I decided to use my exemption to take other rigorous classes in its place. I have taken only academic electives, advanced year-long courses, and have served as the teacher’s assistant for a philosophy class. The good thing about my diagnosis is that it enabled me to explore subjects where I could gain understanding and success.

After four wonderful and successful years of reading slowly but deeply and accumulating an extensive understanding of my school’s curriculum from many great teachers, I can confidently say that I have not overcome dyslexia, but that I have become an adaptive and creative learner by using it to my advantage.