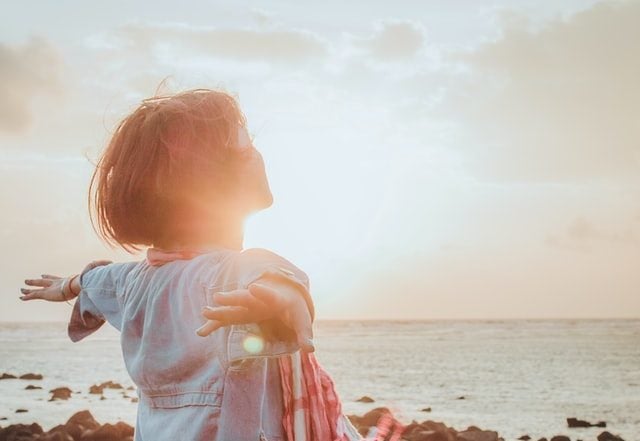 Recently, I received an email from parents of a student that we tested almost ten years ago.

They were celebrating their recent news of his acceptance into his college “dream” pick.

Things had looked very different a decade ago, but since that time, I know he had flourished under homeschooling, tutors, and remote schooling. He won some Dyslexic Advantage student awards and another award at the national level.

Almost the same time, a letter came in sharing a similar aged student’s struggle. He was coming to the end of his academic career and yet was frustrated, embittered, and exhausted. What would the future hold for him?

The reality is that educational mismatches abound for dyslexic students; even if you get a well-informed and supportive teacher one year, it may be completely different the following year. It’s a rare student who survives traditional education unscathed.

What is important is to help find positive experiences for your students. Those experiences may be outside or inside the classroom, or both. It’s critical every student has some chance to experience what it is to be good at something… for some it may be sports or extracurriculars, while for others it may be certain subjects.

What we know about dyslexic students is that – as a group they are more emotionally sensitive (reference) and metacognitive compared to non-dyslexic students, so it’s important for them to have a positive and emotionally-supportive educational environment as well as guidance to understanding how they may think differently and how their differences can lead to all types of benefits.

It’s also student #2 that we discussed above may finally be getting through the chore of education and finding what he’s good at. As often as there are stories of dyslexic adults returning to school and becoming successful, there are others who forego school and become successful in their own businesses, in corporate, small business, or technical work, or the arts.

Some people with especially “spiky profiles” (extreme strengths and weaknesses) may struggle in educational programs that have specific requirements or goals of churning out “well-rounded” students; many of these people just need to get out of systems and into their own ecosystem where they develop expertise in a field that they have chosen.

I was recently listening to a podcast where illustrators were talking about how they got started in their business. How many years did it take to become an independent creative professional? The artist paused briefly, and asked if they really wanted an honest answer – and of course the hosts said yes. 6 years – no actually 7 years. Whoa! Or is that an uh-oh? Cam Kendell confessed that he had the support of his parents and it took him a while before he could completely support himself on his artistic work. In addition, his father was the head of a successful advertising agency and when he retired, he wrote a letter to all of his clients mentioning that if they needed someone to help with their advertising needs, they should contact his son.

It is a fact of life that some families are able to help their children get a start in life – more than others. That being said, if you have a daughter or son who you know will need help, then brainstorm how you, your extended family members, or work acquaintances might be able to help them.

There are many dyslexics who do better in jobs than on timed tests to qualify for them; as a result, it is almost always a good idea for young people to gain work experiences – relevant and good work experiences that can help them advance in their work as well as give them a positive track record for a career that gives them confidence for what they might want to do as their next step.

TEMPERAMENT AND THE PSYCHOLOGY OF FAILURE

Another thing it might be helpful to know about is that temperaments can explain why two people may respond in dramatically different ways to disappointments, failure, or setbacks.

Temperament is a person’s typical way of responding behaviorally and emotionally to the world. Along with traits like intelligence, humor, interests, and talents, temperament is something that makes up a person’s personality.

It might be that you’ve heard of a “sunny temperament” that means having a positive attitude or cheerful nature, but it’s also possible that that you or someone you love have one of those clusters of “difficult” temperament traits; for example, negative reactions to new situations or people, slow adaptability, intensity, negative mood, and especially high or especially low levels of physical energy or activity.

Many times it would happen that we would see two students with similar scores on standardized assessment tests, but opposite ways of dealing with their challenges in school. If you are parenting (or tutoring) a child with more negative temperamental traits, it is usually harder and its not necessarily a reaction to you or what you’ve done.

That said, the outcomes are not simply the result of temperament.

So what helps is to create an environment where they can be successful. It’s also helpful if the individual has guidance on developing a positive interpretative style for how they have faced challenges and found successes along the way.

It was psychologist Martin Covington who described four ways of responding to failure:

– Failure-accepting: people who accept failure, but may have given up on trying to succeed. This group is the most difficult to motivate.

– Failure-avoiding: people who want to avoid failure and don’t necessarily believe they can succeed. This group may make excuses, procrastinate, or opt out.

– Over-strivers: people who are afraid of failure so much that they strive to avoid it at all costs, even beyond reasonable expectations of effort.

– Failure to Success-ers: this group sees failure as a path to learning and success, rather than an indicator of self-worth.

It’s this last group that finds the positive in failure, opening a path forward.

“…With self-compassion, we give ourselves the the kindness and care we’d give to a good friend.”
– Kristin Neff, PhD

Kristin Neff (see below) has talked about the importance of cultivating and making time for self-compassion. Self-compassion, according to Neff, involved three components: self-kindness vs. self-judgement, shared human experience vs. isolation, and non-judgmental mindfulness over emotional reactivity and negativeness.

Kristin has a free Self-Compassion Test on her site (click on the photo below). 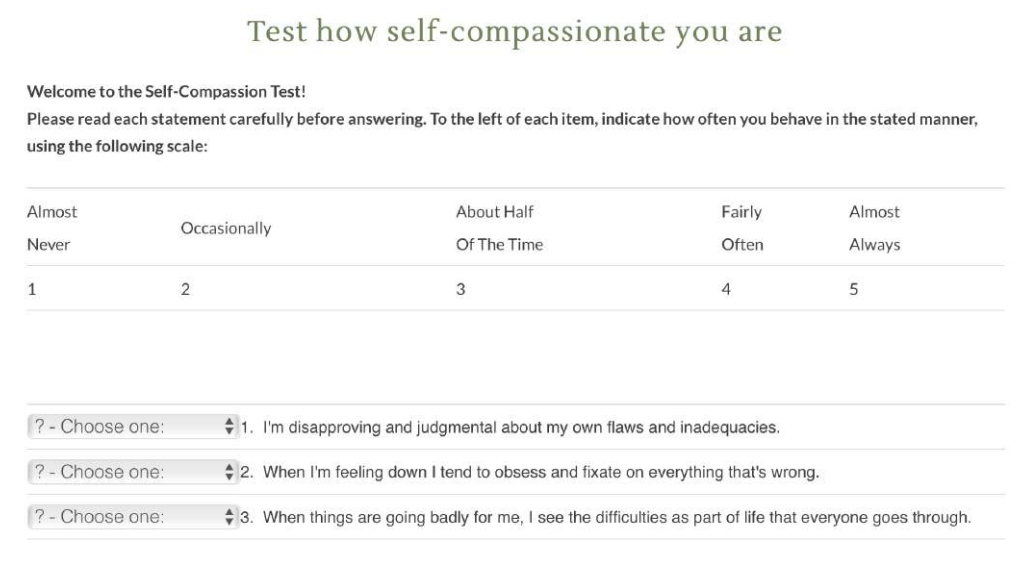 Mindful Schools is a non-profit that creates programs for students and teachers to learn more about and practice self-compassion. Below are some examples of how students write themselves notes as they learn self-compassion. 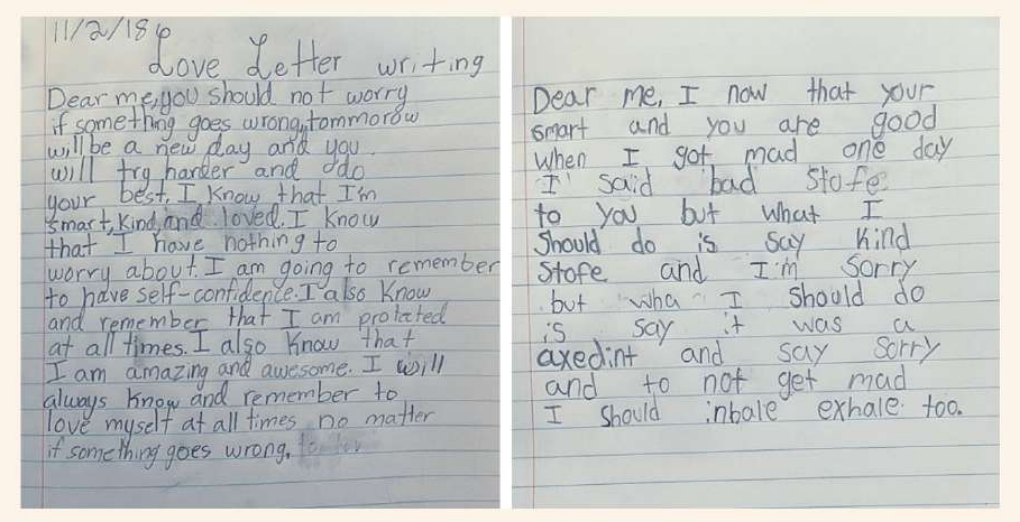