Last October was Dyslexia Awareness Month, so many media channels opened their pages and platforms to dyslexia stories. Unfortunately, the one story that really became viral was one that was carried by outlets such Newsweek, The Telegraph, and Mental Floss, media outlets who should know better or at least consult with scientific, clinical, or educational experts in the field of dyslexia. 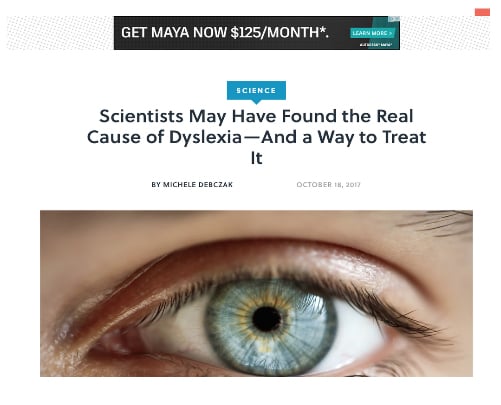 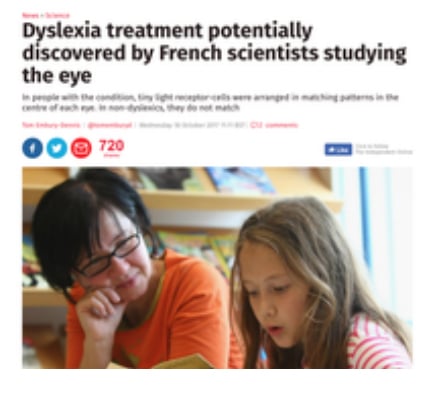 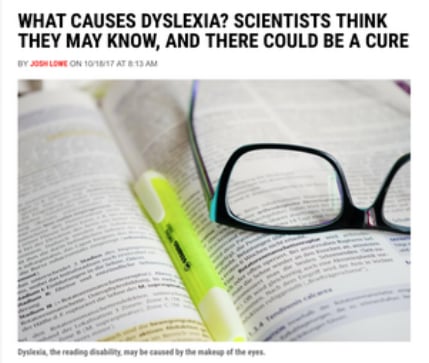 As it turned out, these ‘fake news’ articles were all linked to a scientist who does not work in the field of dyslexia, but instead has proposed how certain stones could have been used by ancient Vikings to navigate by the sun.

Guy Ropars is a physicist at the University of Rennes in France. As co-author of the article, he seemed to have triggered a huge media firestorm when he stated: “Our observations lead us to believe that we indeed found a potential cause of dyslexia,” but of course anyone with even a basic understanding of the science of going to account for a “cause” and “cure.”

In Newsweek’s case, it was especially disappointing to see the article because some 14 years ago, Newsweek had published a better informed article, entitled, Dyslexia and the New Science of Reading.

The paper that triggered all the news articles is located HERE and is not free access.

Nevertheless, some challenges (including ours) have led at least some media to begin to temper sensationalistic headlines.

Although the Daily Mail still begins “Dyslexia May Be Caused by an Eye Deformity…” it did mention that Linda Seigel, Editor-in-Chief of the IDA’s journal felt that the claims “cause” and “cure” were dubious.

Anyone who has even a basic practical knowledge of dyslexia recognizes the importance of phonological awareness and various aspects of language, but apparently it is easy enough to fool some science reporters that a flickering LED light could possibly “cure” dyslexia. It also tells you how much ignorance there is among the general public about dyslexia. If that scientist’s claims were correct, then closing one eye would ‘cure’ dyslexia.

Thankfully, scientists are beginning to speak out. From Professor Mark Liberman of the University of Pennsylvania:

“Dyslexics, their families and teachers, reading researchers and treatment specialists, and the organizations that represent them are asking: did someone just discover the cause and cure for dyslexia? (I know this: I get email.) As someone who has conducted research in the area, my question is different: how did this terrible article get published and how can its harmful impact be counteracted?

Nothing whatsoever can be concluded about the causes of dyslexia from this study, as it is described in the article. Basic information about the methods and results are not provided; the procedures used in collecting the data raise numerous concerns; the link between the purported anomaly and dyslexia is conjectural; and the impairment does not explain other, better established facts about reading impairment. The study is based on some of the hoariest stereotypes about dyslexia—that it results from reading letters backwards and/or pathological persistence of visual images, that can be corrected by manipulations that affect color perception.”

N.B. For those readers who are curious about the visual findings reported in the study, the authors are not eye scientists, but rather laser physicists. They did not examine the eyes of dyslexic people, but made speculations of differences based on the drawings of dyslexic and non-dyslexic subjects.

It is important that misleading articles in the media about dyslexia be challenged as soon as they occur, because mistakes can have negative ripple effects, discouraging teachers and parents from employing helpful strategies or shutting down much-needed funding for teacher training and dyslexia identification.

We contacted Professor Liberman by phone and here are his brief comments: