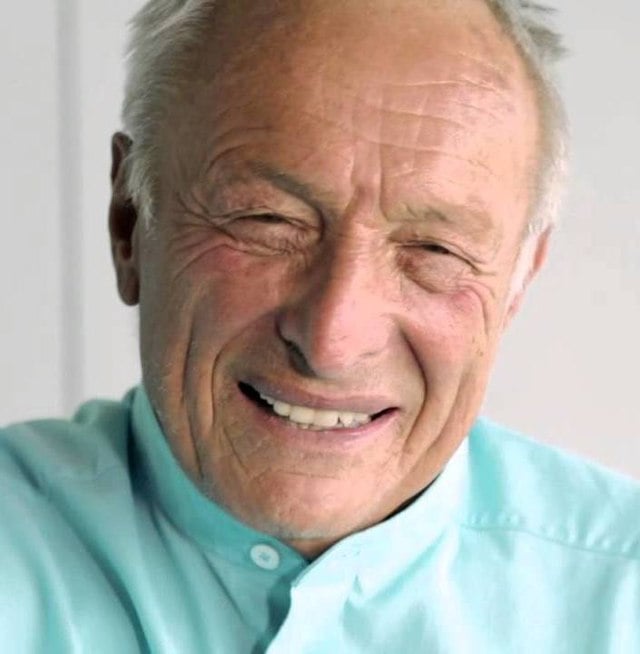 At the peak of his success, he reconfigured his architecture firm as a charity.

Rogers recently passed away at 88, but his legacy will live on.

“My ethics may continue…”

“I had lots of trouble in school as a child, and I lost confidence. Teachers thought I was stupid. I learned to read very late, when I was 11. Dyslexia wasn’t recognized then, and the assumption was that you were incapable of thinking.”

Rogers’ ideas behind his buildings are interesting. For him, it was not enough to design a building for its appearance. He and his partner designed it to be enjoyed and for the effect it would have on the city’s people.

From Pomipdeau Center, a 70’s Radical That’s Never Gone Out of Fashion:

“It wasn’t supposed to be a monument but an event, a happening. Piano now also describes it as “not a building but a town where you find everything – lunch, great art, a library, great music”. The point was, as Rogers puts it, that “culture should be fun”. “After decades of museums being dusty, boring and inaccessible,” says Piano, “someone had to run away, to do something different..”

Or listen to this fan:

“More than a museum, it’s a cultural touchstone.

Few places in Paris carry the sort of sentimental weight that the Centre Georges Pompidou does for me. When I was a student, I spent untold hours poring through books and writing dissertations at the public library there.

I met friends and drafted articles or poems at the Pompidou’s humming mezzanine-level café. I passed afternoons sitting on the open, sloping plaza outside…More than a modern art museum and cultural center, it’s a place where people of all backgrounds and milieus converge, create and commune. ”

If you judge the worthiness of a building on the basis of its positive impact on a building, Rogers’ projects have undeniable worth.

When I watched the video below from Rogers’ architectural firm, I was struck by how many innovative ideas about the city were incorporated into their projects. The buildings are marvels of architectural design, true, but also powerful for their ideas of serving people – in the present, but also into the future. I was impressed by how much the dyslexic MIND strengths seemed to be present in the organization’s mission. I don’t think I’ll be alone seeing his ideas as being visionary.

“Dyslexia, though, made me realise that people who say “but you can’t do that” aren’t actually very important. I don’t take ‘no’ too seriously.”